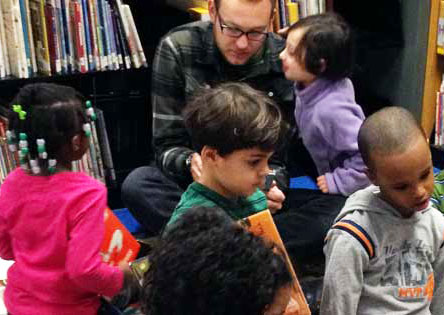 Last year’s several public hearings on the schools budget, including an unprecedented session for teachers, brought an overarching, overwhelming plea for “more hearts and hands” in the classroom.

Based on this season’s first public budget hearing, held Jan. 23 at City Hall, the message sounds similar this year. Of 27 parents (one also a Cambridge teacher), most asked for more help in supporting diverse classrooms in terms of ability, race, income and needs, including classes that have been shaken by social-emotional behavior issues.

Among other potential solutions were more recess and play-based learning, and less testing. But everyone referred to persistent gaps in achievement and access, and everyone strongly supported “inclusion,” meaning finding ways to educate all children in the same classrooms.

“It’s very different to be in the schools as a parent and seeing where we need to do more,” said state Rep. Marjorie Decker, a former city councillor. Decker, who graduated from Cambridge public schools in the 1980s, has a junior kindergartner and a first grader at the King Open School.

Making the connection to the city’s plans to “pump really significant resources into early education,” Decker asked for more resources for the early years of elementary school. Noting the “big change” in the transition from kindergarten to the early elementary grades, “including a lot of social-emotional learning, learning around how to self-regulate,”she suggested the system doesn’t sufficiently support the transition:

“To expect one teacher in a community that is diverse and high-needs … to have the skills and expertise to manage the classroom as well as be an expert in student learning – we are setting our students and our teachers up for a difficult year. Many of the kids are thriving, but many of the kids are experiencing unnecessary stress. We are not providing the teachers or the parents or the students what they need to succeed.”

Several parents joined her in trying to connect dots between classrooms with difficult classroom environments and what they see as understaffed schools. Three parents from a first-grade Haggerty School classroom separately reported significant behavioral issues, including evacuation of the room up to six times this year “to ensure the children’s safety” – reminiscent of testimony at committee meetings last year. The Haggerty parents said this is an ongoing problem and that, despite an “extremely skillful teacher” and supportive principal, the school has insufficient resources to handle the social-emotional problems of a handful of students that affect the entire class.

“We are concerned about all the children’s safety and access to curriculum,” said Haggerty parent of three Natasha Warikoo, a Harvard Education School professor who studies race, ethnicity and education. There are 23 children in the classroom, she reported, “which is too large under the circumstances,” and the principal isn’t given the discretion to act on it.

While embracing inclusion, its “demands need to be met with more resources,” Warikoo said. (Parent Ruth Economou advocated for funds for a “Mindful Schools” program that teaches methods for mitigating “toxic stress.”)

Three representatives of the Cambridge Parent Advisory Council on Special Education echoed some of these concerns, saying inclusion requires professional development for all teachers about working with all populations. Karen Dobak said that “real inclusion is still lacking in this city.”

“Many kids are shortchanged by this lack of inclusion,” Pamela Blau said. English-language learners, for example, are “often of superior intelligence but have trouble accessing curriculum.” Julie Viens talked about the “wide understanding – from secretaries to janitors – about these kids” that outplaced students find in their other schools what is missing in Cambridge Public Schools. She wants to see that “mindset change” here because, she said, families would much prefer to avoid outplacement.

Parent Lisa Downing bemoaned the “very, very slow” improvement in the achievement gap for special-needs students that, she said, “is just not good enough.” She reported that last spring’s Massachusetts Comprehensive Assessment System scores for Cambridge special-needs students found that between 63 percent to 82 percent scored below proficient for English-language arts, math or science. “Changing the culture of low expectations for our special-needs students is a major district need. One way we can make steps toward this is by listening to our teachers who have asked for more help in the classroom.”

Pia Cisternino, former candidate for the School Committee, represented the new Cambridge Recess Working Group she founded in asking for an additional 15 to 20 minutes of recess in K-5 schools. “If it needs more money, ask for it in the budget,” she requested.

“The push to spend time on assessments and shortened recess [has] not really made a dent in the achievement gap,” Cisternino said, noting that play was important in “meeting basic needs” in addressing social emotional issues at a time of “marked increase of intensity of children’s emotional needs.”

These parents were given an assist by Cambridgeport third-grader Ari Lavine, who said at his school’s “tiny” playground (temporarily replacing its regular one, which is not that large itself) at recess, “things get pretty crazy. We sit inside all day, so we get a little crazy. The teachers do their best. Things are pretty challenging for the teachers too. The kids and the teachers need help. Thank you.”

Graham & Parks third-grader Margot Kelsey also pleaded for less testing. “Tests cause more stress than they should,” she said. “Sometimes just before a test I don’t even want to wake up in the morning. A lot of stress would be saved if there were no tests. If there weren’t tests I wouldn’t be able to find anything to dread about school.”

Parents also spoke about what they see as de facto racial and income segregation in the high school, with honors and advanced placement classes on one side and so-called “college prep” classes on the other. “I see so many students of color have given up,” said Sharon Dunn, a longtime Cambridge schools’ parent and now grandparent. “My memory of the time in the ’70s and the ’80s was tremendous in terms of multicultural commitment and education. For that reason, many of my friends and family moved to Cambridge and became involved.”

The district has slipped back, she said.

Just three years ago, the district was congratulating itself for its level of integration in school choice compared with much of the rest of the nation, but now committee members also find cause to worry.

Parent Kathy Dalton expanded CRLS tracking concerns to the upper schools, and raised the specter of the legality of creating ability streams marked by race differences. She asked for more funds in elementary and upper school to improve the ability to teach “mixed ability” classes. Referring to the “accelerated math program” in the upper schools that begins in sixth grade, she paraphrased her middle-school daughter:

“All us brown people are in the grade-level math. We get almost no homework. [The accelerated-math kids] complain about hours of homework. Of course they are getting ahead of us.”

Saying her daughter and her friends are “quite aware” of the “separate racial and class background” of the two math tracks, and that the “grade-level kids are unlikely to ever catch up,” Dalton suggested the tracking may violate Title 6 of the Civil Rights Act, prohibiting ability tracking that ultimately separates by race. “We have talked about this [segregation] for years, yet we are systematically doing things that exacerbate it,” she said.

Two other parents asked for family liaisons, a subject that has come up consistently in public comment since the establishment of the upper schools in 2012 to help reach families who have less access to the schools.

Many referred to the first speaker of the morning, Leslie Brunetta, who asked for another budget approach entirely, without which she could not see how any of the gaps – achievement, access, support – would be achieved:

“The narrative for the budget season is usually: Act I, we have a budget gap. Act II, we debate what we are going to add and subtract so we can close the gap. And Act III, resolution, the gap is closed often accompanied by the moral, ‘See, it was possible to overcome the challenge without asking for more money.’ I know that you all want the best for all kids. But … we are not going to get there with this narrative. Why don’t we start with a different Act I, where we ask, from scratch, what would we need to do to make sure that… every kid gets what he or she needs to leave here well-educated? … We know we can close the budget gap, because we do it year after year. It’s the other gaps we are not closing. We need to rethink our whole approach to get there.”

This post was updated Jan. 30, 2016, because some part-time workers were added to the school department in last year’s budget process. It was also corrected to say Haggerty parents were talking about a first-grade classroom; another grade was mentioned initially.