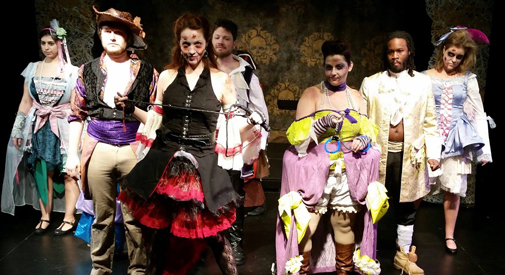 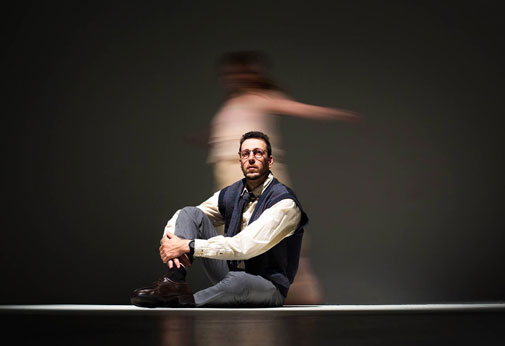 The Ecce Ensemble’s yearlong residency at Le Lab has birthed this contemporary opera exploring the relationship between artist and muse, written and composed by Cambridge’s John Aylward, directed by Laine Rettmer and conducted by Jean-Philippe Wurtz. The opera, featuring soprano Amanda DeBoer Bartlett and bass-baritone Mikhail Smigelskii, fuses fragments of Ernest Hemingway’s “The Garden of Eden,” Italo Calvino’s “Six Memos for the Next Millennium” and some Homer, Yeats, Mann, D.H. Lawrence and Goethe to tell the story of a disillusioned artist both inspired toward self-realization and led to the blurred edges of sanity, leaving him steps away from personal ruin. Information is here.

We’re in an opera moment, apparently. The second world premiere opera this weekend is also the inaugural work of the local WholeTone Opera Company, aimed at highlighting female composers and artists and beginning its mission with a timely “La Traviata” takeoff by Jillian Flexner. Audiences should prepare their brains for a romantic dystopia with ballroom-dancing zombies, starting in a Parisian penthouse infested by an undead horde where the romantically inclined Christolpho meets the ravenous-yet-rapturous Philonia. Suddenly all-too-human emotions come into play, leading to chaos, comedy and a splash-zone-worthy soiree. (Saturday is identified as the “splash zone” showing.) The show stars Christine Duncan, Nora Maynard and Garry McLinn with Tim Ayers-Kerr, Aaron Emmanuel, Sara Haugland, Jeila Irdmusa, Cari Keebaugh, Teri Kowiak, Alana Lynch, Mary Parker and Jessica Rossi. Information is here. 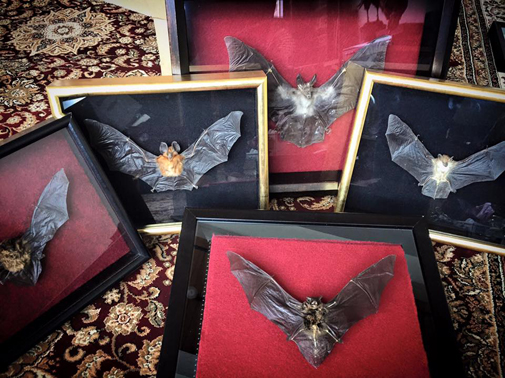 The recent Holiday Oddity Market packed Eridanos tight, leading to long waits to get in and tables of goods stripped bare of the weird wares in about two hours. While the shop can’t do much about enlarging the sales space, at least the vendors – Bad Moon Consignment and Our Lady of Reclamation – have vowed to roughly double the amount of stuff on sale. And oh, what stuff: Rings and jewelry, sure, but also taxidermy, mounted bats, beetles and moths, cow, deer and coyote teeth boxes and more elaborate fare such as a goat-skull mirror mount. Prices start at $5. Information is here. 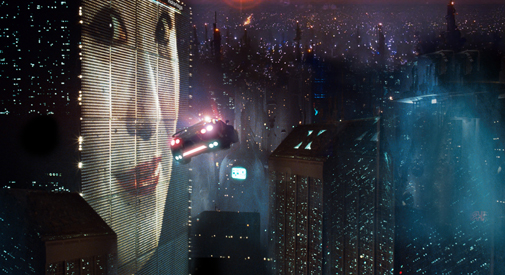 The film festival will have been going for more than a week, emphasizing emerging directors with distinct visions from around the globe, before getting to this culminating ’Thon, a 24-hour orgiastic motion picture endurance test featuring classic, new and schlock films. “Think of it as binge viewing with 750 close friends,” organizers say, contrasting stuff such as the much-loved “Gremlins” (1984) and riveting “Ex Machina” (2015) with rarities such as “High Treason” (1928), which recently got a restoration by the British Film Institute and Library of Congress that even brought back its sound. (It was long thought to be a silent film.) Games, contests and guests are scheduled to help keep energy up. Information is here. 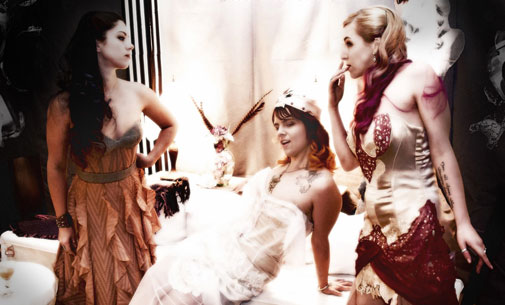 Valentines Day Peep Show at 8 p.m. Sunday at Out of the Blue Art Gallery Too, 541 Massachusetts Ave., Central Square. There is a $5 suggested donation.

Keep the ardor up on the actual Valentines Day with an old-school burlesque peep show, in which spring lingerie creations by designers Jenny French and Raquel Tiffany Spinazola are energetically previewed by dancers Betty von Kekse, Allie Johnson, Jazzy Belle and Erin Mahoney. (Organizers suggest keeping bills on hand to tip the performers.) Hosted by Jessicalee Skary, this event takes place against the backdrop of Out of the Blue art, with food, drink and music – and leads into a dance party afterward. Information is here.