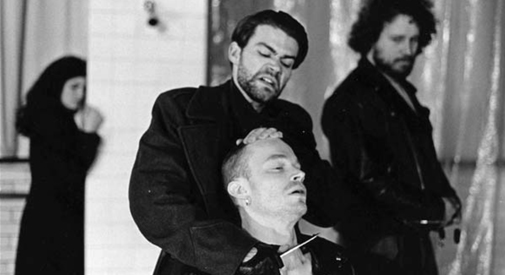 The heavy hitters are coming in the four-play season announced last week by the Somerville-based Actors’ Shakespeare Project, including “Hamlet,” “The Tempest” and “A Midsummer Night’s Dream” and “Edward II,” by Shakespeare’s gossip-worthy contemporary, Christopher Marlowe.

Led off by one of the biggest dysfunctional-family dramas ever, the plays are grouped under the rough theme “family fault lines,” said artistic director Allyn Burrows, who leads the project with interim executive producer Kimberly Dawson and director of education Mara Sidmore, and will share another characteristic: Each will be done with a stripped-down cast of around eight performers, adding an element of challenge and intimacy to plays with sometimes extensive casts of characters.

“There’s a connection the audience gets when they’re in a theater with a pared-down cast where a lot of transformation happens right on stage. It really pulls the veil off. The changes are quite organic and really let an audience in on the process,” Burrows said. “That’s our hedge against Netflix and binge-watching.”

The season starts off with a powerhouse play by a favorite director – Lockwood did the project’s minimalist “Cymbeline” as part of its 2011 winter festival – and a favorite star: Omar Robinson, who can be seen in “The School for Scandal” starting next month after recent turns in the project’s “The Comedy of Errors,” “Twelfth Night” and “Superior Donuts.” Robinson “is a very powerful young actor,” Burrows said.

“The Tempest” by William Shakespeare (Dec. 15 to Jan. 22), directed by Eric Tucker. Possibly being staged at Suffolk University’s Modern Theatre in Boston. In this fantastical thriller the magician Prospero orchestrates spirits, monsters, a grief-stricken king, a wise old counselor, two treacherous brothers and a storm at sea into a fantastical conspiracy bringing banishment, sorcery and shipwreck into the lives of two hapless lovers to stir and seal their fate.

While many will be expecting Christmas treacle such as “The Nutcracker” or Dickens, “The Tempest” is the project’s offering to theatergoers over the holidays. “It’s a play that has pretty strong themes of forgiveness, acceptance and enlightenment running throughout,” Burrows said. “It makes for a good seasonal scale.” Tucker’s vision of the play may include a female Prospero. 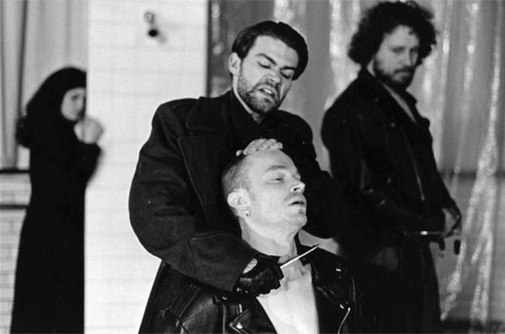 “Edward II” by Christopher Marlowe (Feb. 22 to March 19), directed by David R. Gammons. Possibly being staged at the YMCA in Cambridge’s Central Square. The reign of Edward II, king of England, is troubled from the start when he brings his male lover, hated by the nobles, out of exile.

Expect “a good, dark version of a good, dark play” in this first ASP go at Marlowe – he directed and designed it at Harvard in 1994, above – a friendly competitor of Shakespeare who died young. “I can’t help but want to be a fly on the wall of whatever conversations he and Shakespeare had,” Burrow said, referring to Marlowe as the “more outrageous character” considering his rumored career as a spy, mysterious run-ins with the law and manner of death: stabbed through the eye in a pub. “I went to the bar where he was stabbed,” Burrows said. “It was pretty close quarters. You can see why he didn’t get away.”

“A Midsummer Night’s Dream” by William Shakespeare (April 19 to May 21, 2017), directed by Patrick Swanson. One of Shakespeare’s most popular plays, this follows the journey of four young lovers as they find their way through the forest and to each other. Full of madcap chases and mistaken identities, the play is an exploration of the mystery and madness of love.

For this climactic play the project brings back a favorite director – Swanson is the provider of the artistic vision at Cambridge’s Revels, a 45-year-old, nine-city seasonal blend of music, dance and storytelling. Swanson went from the West End of London to New York before landing in Massachusetts, including work on everything from opera to circus arts. “He made a big splash with ‘King Lear’ in 2006,” Burrows said, referring to a production nominated for three Elliot Norton awards from the Boston Theater Critics Association and helping win one for Burrows’ acting. Swanson has also taken on “The Tempest” for the project, as well as a merging of Henry IV plays called “The Coveted Crown.”

Subscriptions are on sale for $160 for a set of standard adult-admission tickets and less for seniors and students; single tickets go on sale this summer. For information, click here or call (617) 776-2200, Ext. 225.