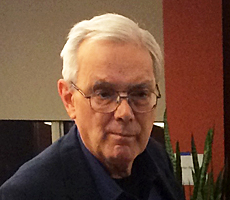 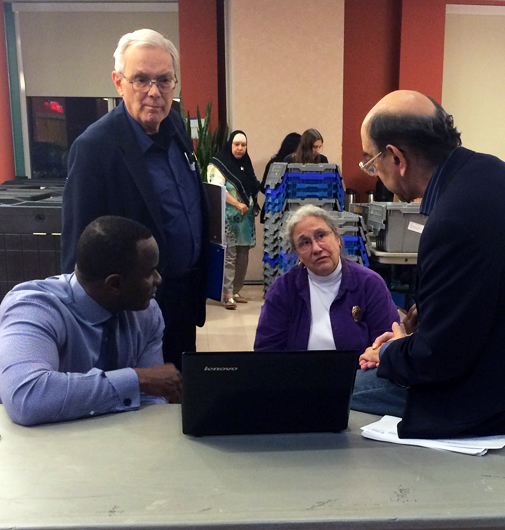 Peter Sheinfeld, a longtime election commissioner, has died at 68.

He died Monday, according to a friend.

In addition to his work on the commission, Sheinfeld was active in the local taxi industry, not just owning and driving a cab for some 45 years, but representing small medallion owners in issues that came before Boston and Cambridge city government – be it the imposition of hybrid cars, pedicab competition or the coming of Uber – as the clerk of the Boston Taxi Owners Association. He also wrote about the issue for the “Right View” column in the Cambridge Chronicle.

Sheinfeld also had a radio show “Rockin’ At Night” on Cambridge’s WRCA-AM 1330 since 2012 (and on other venues dating back to 1977) on which Sheinfeld – the brother of Boston county music legend Roy Sludge – played “obscure oldies, doo-wop, novelty, rockabilly, jump blues and obscure rock” every Friday from 11 p.m. to midnight.

“He was a man of limitless passion about anything from Boston taxi companies to the history of television horror hosts. His biggest passion was records,” said Ryan Douglass, a New York comedian who rented a room from Sheinfeld near Central Square. “He had over 20,000 78s and 45s at last count … give him a single recorded ‘post-war to the disco era,’ he could tell you the label, the record number, to the temperature in the room it was recorded in.”

Mayor E. Denise Simmons also remembered his passion for music fondly, recalling that with his encyclopedic knowledge he could come up with music for any occasion. When she mentioned her daughter’s name, he soon presented her with 1920s sheet music for a song with the same name.

Other city councillors as well honored him with reminisces at a meeting, with David Maher calling him “a Cambridge character and a great guy with a great sense of humor” and agreeing with Tim Toomey that he loved his hometown and looked for ways to be involved. “He was taken from us much too fast,” Toomey said. Nadeem Mazen, relatively new to the council, credited with Sheinfeld being an “encouraging and inclusive” representative for the Election Commission, and for his politeness when speaking even on issues he felt passionately about.

Sheinfeld was born July 28, 1947, graduated from University of Massachusetts at Boston in 1976 and was president of a company called Boston Elevated Railway started in 1993, according to a LinkedIn profile.

A worker at the Election Commission said a statement could be forthcoming.

Douglass said his years living with Sheinfeld as a college student, comedian and aide in various businesses – from lugging copper wire rolls for scrapyards in Everett to helping edit the taxi-industry newspaper Sheinfeld wrote for and delivered, The Carriage News – had left him with indelible memories.

“He meant a great deal to me. I can’t express that enough. I became who I am living in his pack-rat three-story house, drinking tea and watching some bad reality show, listening to how Ted Williams was a bum, Buddy Holly was a bum, and so many others,” Douglass said.

“He lived a rare and eccentric life [and was] authentic and pure in just about everything he did. He felt like an endless, infinite Central Square entity,” Douglass said. “I can’t say there is anyone more wholly true to themselves – which led to 40-minute conversations on things you didn’t care about.”