Prog-rock concept album ‘Heterotopia’ nears end of one journey, start of another 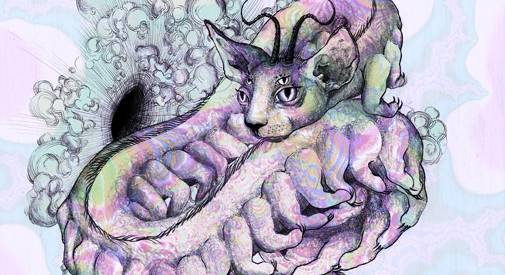 Prog-rock concept album ‘Heterotopia’ nears end of one journey, start of another

It wasn’t enough for Lainey Schooltree to be on the front lines of the prog rock revival that has rolled over the region, leaving it bloodied but grateful – she also felt the need to singlehandedly revive the truly trippy prog-rock opera concept album, following in the dazed footsteps of Genesis’ “The Lamb Lies Down on Broadway” and David Bowie’s “The Rise and Fall of Ziggy Stardust and the Spiders from Mars.”

Her “Heterotopia” is coming into its final couple of days of crowdfunding, having already drawn not just more than $14,000 of the $18,000 needed, but the attention of comedy and rock superstars Amanda Palmer, Barry Crimmins, Margaret Cho and Aimee Mann.

“Heterotopia is not exactly science-fiction, more like a kind of metaphysical fiction – you could call it metaphysical fantasy,” Schooltree said. “I wanted to write a story that could stand on its own, with the feel of modern mythology, so I spent a year or so researching, including how story structures work, comparative mythology and reading and revisiting the classics in fiction and philosophy.” 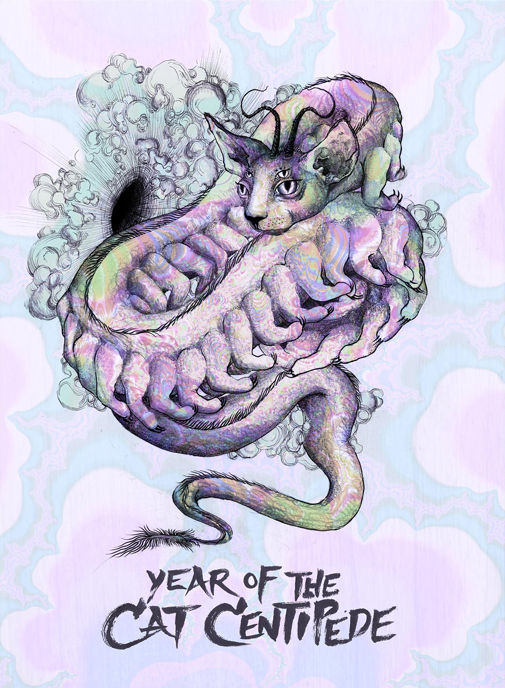 Crystal Araiza illustrates the cat centipede that kicks off “Heterotopia.”

That leads to some heavy thematic underpinnings –  J.R.R. Tolkien, Octavia Butler and Richard Adams are credited as inspirations for the album along with Plato, Jung and Foucault (from whom the title is borrowed). But the music is just as heavy, with accomplished musicians Brendan Burns, Derek Van Wormer, Tom Collins and Pete Danilchuk and producer Peter Moore alongside Schooltree  as the hero of “Heterotopia,” Suzi, loses her body, becomes a ghost and travels through a parallel world to get it back. (And meets a cat centipede, Suzi’s own white rabbit-style totem that she follows to launch her adventure.) That’s more than 100 minutes of music over 24 songs, roughly the length of three regular-length albums as Suzi and her world are deconstructed and destroyed and Schooltree explores “the illusory nature of reality and self.”

Still, she says, “the story unfolds more linearly than is typical of rock operas. My emotional connection to the story and characters along with years of legwork and merciless edits and cuts have enabled me to visualize this world clearly … there’s a lot to sink your teeth into for those seeking something uniquely substantive.”

Schooltree isn’t alone in bringing back the epic concept albums. The prog metal band Dream Theater released its “The Astonishing” in January with a luxe package that included character drawings, concept art, a map and even a video game. It’s the band’s 13th album and is backed by a Warner Music label. “This is an entirely independent, grassroots album,” Schooltree said of “Heterotopia.”

That doesn’t call for skimping, obviously. Her next step upon seeing the crowdfunding come through – more than 150 people have contributed so far – is to sit down with artist Amanda Watkins and plan the 15 to 20 images that will accompany her libretto as part of the album’s extensive liner notes.

“Some people are very nervous,” Schooltree said. “But I’m 100 percent confident we are going to get our album.”

The rewards on the Kickstarter campaign start at free single download for a donated dollar and go all the way up to a private house performance of the album for $1,500 or more.