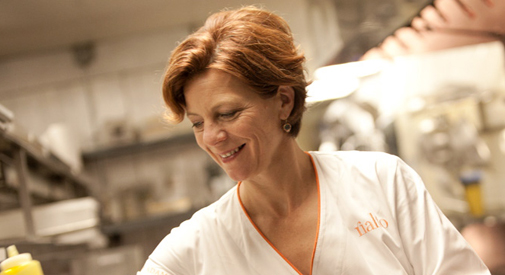 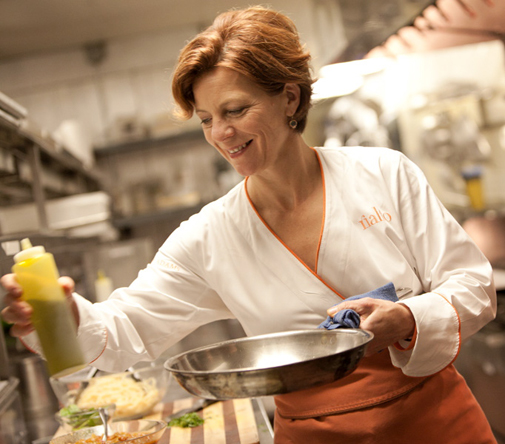 Chef Jody Adams announced Thursday that she is leaving the Rialto restaurant in Harvard Square’s Charles Hotel in June, ending a 22-year run.

“I’m departing. It’s time for a new chapter for me and the hotel,” Adams said in an afternoon email. “I look forward to more time for family, nonprofit work and for exciting new restaurant projects.”

Adams is a James Beard Award-winning chef who also launched Trade, in Boston’s Seaport District. She has reportedly raised millions of dollars over the years for the charities Partners in Health, Share Our Strength – which named her its Humanitarian of the Year in 2010 –  and The Greater Boston Food Bank.

Rialto will continue under the leadership of chef David Ladner, who has worked under Adams for five years at the restaurant as cook, sous chef, executive sous chef and most recently as chef de cuisine.

Adams opened Rialto with partners in 1994, and it found an immediate following (as well as four stars from The Boston Globe ). In 2007, Adams became sole owner, focusing the menu on regional Italian cuisine, and winning another four stars from the Globe, as well as “world’s best” mentions from Esquire Magazine, Gourmet Magazine and others.

“Rialto and I have had an extraordinary run together,” Adams said, calling the experience one that has “enriched my life beyond words.”

“I’m going to miss my daily routine,” she said. “I know there will be tears, but I also know this is the right time.”

Rialto is in The Charles Hotel, 1 Bennett St., Harvard Square.

Update on June 7, 2016: In a Monday email, Adams said that contrary to the previous plan, Rialto would shut down this month. “More than two decades of dining, celebration and merriment will come to an end with Rialto’s last evening of service June 22,” Adams said. “Please come by in the remaining few weeks to raise a glass and say farewell.”