‘Me Before You’: Couple’s biggest disability is clichéd plot that undermines their charm 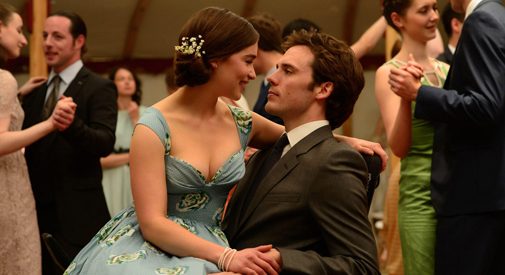 ‘Me Before You’: Couple’s biggest disability is clichéd plot that undermines their charm

“Me Before You” could have been a lovely little film, and there are moments it’s a genuinely moving and well-acted one. The problem, as many have already addressed, is that employing the “physically disabled person would rather die than live with said disability” is a dicey, tricky road to travel where a disability stands in for characterization and a disabled person is used solely as a foil to explore another character’s personal growth. It’s an offensive and tired trope, and one would think it would have been retired by now. 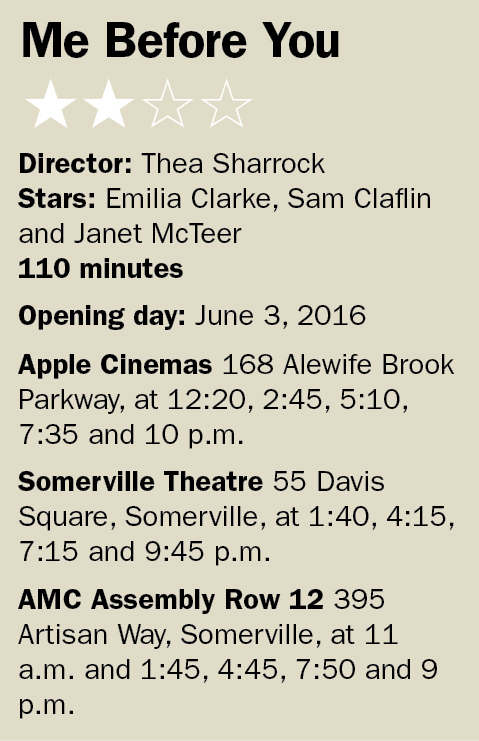 This romantic weepie focuses on small-town girl Lou Clark (Emilia Clarke, of “Game of Thrones”) who is in dire need of a job to help keep her family afloat as her younger sister (the winsome Jenna Coleman) has gone back to school. Finding work as the caretaker of a recently paralyzed Will Traynor (played by Sam Claflin), she gets more than she bargained for in the belligerent and depressed young man. Romance begins, as it often does in this genre, as they get on one another’s nerves but find what had irritated quickly becoming a part of their charms.

Clarke has never been the most impressive actress, but is allowed here to have some fun as Lou, a perpetually optimistic young woman who accepts her failings and successes with a brave face and a smile, confident in her colorful outfits while staying with a boyfriend (played by Matthew Lewis) who focuses more on his fitness than their relationship. Channeling a bit of Renée Zellweger’s frantic energy as Bridget Jones, but only on her happier days, this is a breakout role for Clarke and will hopefully open doors to projects that allow her to have a personality.

Claflin is sadly underutilized as Will, working more as the support to Clarke’s Lou than as his own entity. (Will used to live life to the fullest, and now his hope is to get Lou to as well.)

Director Thea Sharrock has made a film that is largely charming, with plenty of warm hues and gorgeous scenery to help capture our attention in slower moments, and Claflin and Clarke share a palpable chemistry. Their emotional moments ring true, and “Me Before You” guarantees tears; the audience finds itself invested in Lou and Will’s relationship despite the means of getting there. But the direction and performances are the saving graces of a film that otherwise would be forgettable and irritating, bogged down by clichés and undermined by thematic questions.

Just because the film manages to evoke a reaction doesn’t mean it’s good – just that its actors have done a fine job conveying a connection the script lacked. The charming and well-performed “Me Before You” has flaws that aren’t just apparent, but distracting.