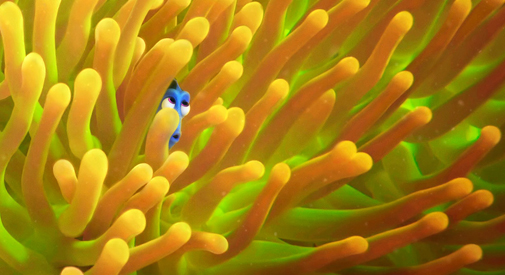 Picking up a year after we left our favorite fish in “Finding Nemo,” and 13 years since the film itself, “Finding Dory” pales in comparison with its predecessor but packs more than enough laughs, spectacle and lessons learned to swim by without tarnishing Pixar’s track record. 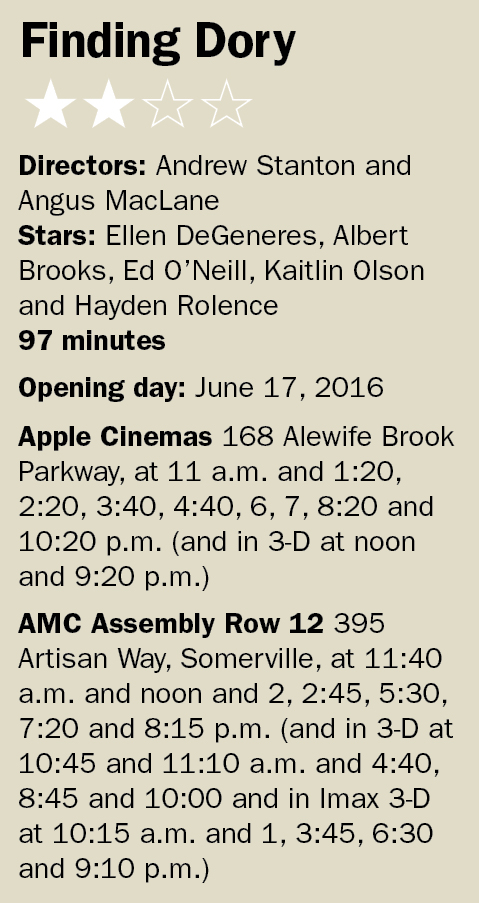 Spinning the spotlight onto the dreamy Dory (voiced by Ellen DeGeneres) rather than worrier clownfish Marlin (Albert Brooks) allows for a certain degree of freshness in storytelling, but “Finding Dory” flounders once it’s begun its third act – the film never figures out when to wrap the story up. Directors Andrew Stanton and Angus MacLane have created a film that is perfect for a younger audience but, for anyone above the age of 12, may become mind-numbing by the time it gets to what feels like the movie’s fourth ending.

Dory, despite her short-term memory loss, has begun remembering her parents (Diane Keaton and Eugene Levy) to her delight and concern. Realizing she has a family out there who could be missing her spurs her into action, and she sets out to track them down with help from Nemo (Hayden Rolence). What follows is a location-hopping romp that ends with the characters and film spending the majority of their time in a nature sanctuary. Racing against the clock, Dory must find a way to find her family before she’s shipped away to a nature clinic in Cleveland.

If there’s one aspect of this Pixar world that hasn’t suffered with time, it’s the animation, particularly stunning when the artists work with the concept of space and the grandiosity of the ocean. Moments when Dory floats alone at the ocean floor are among the best Pixar has done, and those and the sweeping aerial shots as the lens eye cascades atop the ocean show a company at the top of its field. As in Pixar’s “Brave,” the artistry is so phenomenal and detailed – from the sunsets to the ripples the wind causes on the ocean waves – that it’s easy to forget that what you’re watching is animation.

DeGeneres is still wonderful as Dory, giving her a warm optimism in the face of near constant struggles, while additions such as Ed O’Neill and Kaitlin Olson do hilarious work as two new friends. There’s plenty of jokes that land well, and the themes (accepting who you are no matter what obstacles life puts in your way; embracing your individualism) are wonderful, especially for a younger audience.

The main issue for the film lies in its structure – or, more specifically, the lack of one. Built upon a patchwork script, jumping from one set piece to another rather than following a cohesive storyline, “Finding Dory” feels like a film one stage away from completion. This feeling grows when we get to the multiple endings, watching one zany incident after another before we come to a solidly satisfying conclusion.

Pixar has created some of the most widely adored animated films in the genre’s history for more than 20 years, and what makes films such as “Toy Story,” “Wall-E” and “The Incredibles” apart is that they’re built on original and engaging storylines. Regardless of Dory’s popularity as a character, very little about “Finding Dory” justifies its existence when we could be hoping for another “Inside Out.” Hopeful, fun and joke-heavy, the film is certainly not a bad option for a weekend film with the kids, but also definitely not the best we’ve come to expect from Pixar. It’s what makes its newest ultimately such a letdown.