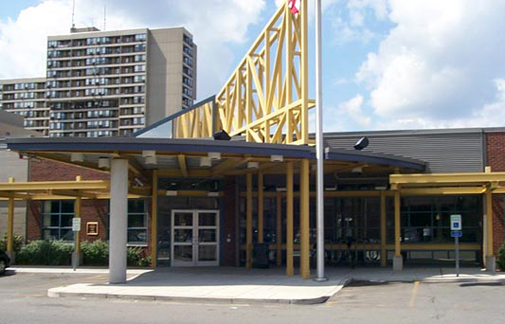 The Cambridge Health Alliance’s proposed budget for the next 12 months forecasts little or no growth in the number of visits to its hospitals and doctors and anticipates ending the year barely in the black: a gain of $500,000. It’s a major departure from budgets in recent years that promised substantial growth in volume but often didn’t deliver.

The new approach pleased CHA trustee and city Finance Department head Louis DePasquale. “I believe this is the first balanced budget we’ve had,” he said at a June 28 meeting of the trustees’ finance committee, which he chairs. “This is not the way we’ve done business in the past. This is very achievable.”

Then DePasquale led the other committee members in a round of applause for the Alliance’s chief executive, Patrick Wardell, and other top managers who prepared the fiscal year 2017 budget proposal. The full board of trustees will consider the proposal at a meeting this month.

Alliance officials made full details of the operating budget proposal public, but it was another matter for the capital budget covering construction projects, equipment purchases and other physical improvements. Officials are refusing to disclose details about $8.7 million in proposed expenses for “strategic and business development,” citing a state exemption that covers the Alliance despite it being a public hospital.

On request, spokesman David Cecere provided a copy of minutes from a closed-door session of the finance committee held in May, with some areas blacked out. He also provided a redacted copy of a detailed capital budget showing expenses for items such as improvements to the Cahill psychiatric unit at Cambridge Hospital, the roof, emergency room and lobby at Whidden Memorial Hospital in Everett, and a new systemwide security system. The page headed “FY2017 Strategic and Business Development” was blank. By contrast, last year’s capital budget had no details withheld.

The Alliance’s health care operations have generated losses for years, even with substantial support from the state and federal government. The system has tried to end losses and reach financial stability, so far without success.

Predicted improvements sometimes don’t materialize. Projections can vary widely from actual performance, often because of factors that have nothing to do with the Alliance’s health care business.

For example, in this fiscal year, which ended June 30, the budget forecast a loss of $4.8 million, but as the year progressed, disappointing volume led managers to predict a bigger loss: $13.1 million. Now, the Alliance expects to report a gain of $5.3 million – but only because of an unexpected $20 million payment related to the health insurance business the Alliance sold to Tufts Health Plan in 2011, Network Health. (The sale agreement called for Tufts to make additional payments based on Network Health’s performance after the sale). Without the $20 million, the Alliance would have lost $14.7 million, according to figures presented at the June 28 meeting.

The proposed fiscal 2017 budget doesn’t include any more payments for Network Health, though the Alliance is eligible for one more, said Jill Batty, chief financial officer. The Alliance could end up more solidly in the black if there is a payment.

Despite the flat volume, the Alliance expects to increase revenue through efficiency and expansion of two programs: its Elder Service Plan that serves frail seniors in danger of having to go to a nursing home; and an unusual pharmacy program that earns profits for safety network hospital systems nationwide. The Alliance also has cut staff through a voluntary resignation program, attrition and “reassignment of roles and responsibilities,” the budget document says. This year 106 employees agreed to resign, 61 of them in clinical and patient care areas, Cecere said. Overall, the budget includes eliminating 14 positions, all of them administrative and clinical support jobs.

The pharmacy initiative, known as the 340B Drug Discount Program, requires drug makers that supply medicine to the Medicaid program to sell medications to eligible institutions, including safety net hospitals such as the Alliance, at a discount. The safety net hospitals then get reimbursed by private insurers and Medicare at full price when patients with Medicare or private insurance fill a prescription at the hospital pharmacy or an affiliated drugstore. The resulting profit is supposed to help safety net hospitals accomplish their purpose of serving “vulnerable populations” such as the poor and uninsured.

When Congress established the program in 1992, safety net hospitals could fill prescriptions under the 340B program only at their own onsite pharmacies, keeping the program relatively small. Starting in 1996 the federal government allowed hospitals to make limited arrangements with retail pharmacies to fill 340B prescriptions, and in 2010 the government relaxed the limits, letting hospitals contract with as many retail drugstores as could meet federal requirements. The government has also expanded the number and types of health care organizations eligible to participate in the program.

The Alliance now has agreements with 108 pharmacies to fill 340B prescriptions, including Walgreens, CVS, Rite Aid and several mail order services, according to online information from the federal agency that regulates the program, the Health Resources and Services Administration. The drugstores are in communities as far away as Billerica, Bellingham and Tewksbury.

The retail and mail order pharmacies can fill 340B prescriptions only for Alliance patients with private insurance, Cecere said; the Alliance’s own pharmacy at Cambridge Hospital can fill 340B prescriptions for any Alliance patient regardless of insurance. Patients who get drugs under the program get no direct discounts since commercial insurers set their own drug copays, and MassHealth sets copays for its members and lower-income patients on the Health Safety Net, Cecere said. MassHealth copays are typically no more than a few dollars. Those with no insurance at all pay “slightly higher copays” than MassHealth under the Alliance’s charity care policy, Cecere said. Patients likely know nothing about the program, since their drug copays are the same.

The Alliance plans to establish onsite pharmacies in East Cambridge and Malden, where it has primary care clinics, and to contract with “specialty pharmacies” under 340B, the budget says. Specialty pharmacies often provide expensive cancer drugs to patients.

The expansion is expected to bring in an extra $6.9 million in revenue, according to the budget. Cecere cautioned that there will also be additional costs. “We anticipate it will be profitable but not to that degree,” he said.