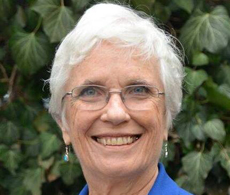 “I am proud to have the support of organized labor,” Jehlen said. “I began my career as a community organizer, supporting working people who are struggling to make ends meet. I will continue my advocacy for unions, as I have my entire life.”

Jehlen, a Somerville Democrat, is running for reelection in the Second Middlesex State Senate district, facing Cambridge city councillor Leland Cheung. The district includes Somerville and Medford and parts of Cambridge and Winchester. The Democratic primary is Sept. 8.

“Our support is based on your commitment and record as an advocate for working families and the labor movement,” Cliff Cohn, president of the SEIU Massachusetts State Council, told Jehlen. “That’s why we’re confident that the issues of working people – good jobs, affordable health care, child care and housing, education and training, and fair and adequate tax revenues – are your issues.”

“You are truly a defender and a dedicated worker for peace, social justice and equality for all working men and women,” said Charles Raso, Bricklayer’s Local 3 president. “We pledge our friendship, our support and our hard work in making your election a success.”

Jehlen has a track record of supporting organized labor and working people. Most recently, she has supported the fight for a $15-an-hour minimum wage, a Parental Leave bill that became law last year, paid sick days for employees in Massachusetts and an equal pay bill that passed the Senate in January and was scheduled to pass the House this month. She opposes so-called “right to work” laws that hobble labor organizing.

Jehlen’s said her history of labor support began when she graduated from college and worked as a community organizer helping low-income residents organize. Her advocacy for worker safety led to the passage of a bill protecting floor-finishing workers in 2010 and the first reform of child labor laws since the 1930s, passed in 2007. Over her quarter-century in the House and Senate, she said, her labor record is 94.38 percent.\

The Environmental League of Massachusetts Action Fund also endorsed Jehlen for reelection, crediting her work on behalf of the environment in the past two years.

With issues of energy policy and environmental protection being debated in the Legislature, the leadership of the ELM Action Fund said it believes it is important to return proven environmental champions such as Jehlen to the Senate chamber.

“Sen. Jehlen understands the importance of our state investing in clean energy, sustainable transportation and parks to help address climate change, create jobs and build healthier communities,” said Joe O’Brien, political director of the ELM Action Fund. “Sen. Jehlen has been a strong advocate for environmental protection, public health and the MBTA. She has been an ally on efforts to clean up the Mystic River and protect ratepayers from subsidizing unneeded gas pipelines.”

“As an environmentalist who has brought people together to clean up the Mystic River, expand public transit and promote renewable energy, I am delighted to have the endorsement of an essential leader in these efforts, the Environmental League of Massachusetts,” Jehlen said.