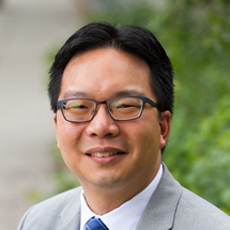 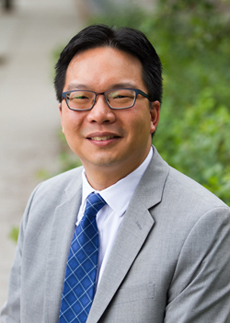 Superintendent Kenneth Salim was welcomed at Tuesday’s meeting of the School Committee after starting work officially July 1, presenting an exhaustive “entry plan” to committee members with a list of core value and a schedule for his first several months on the job. The details suggest he’s coming in with a profound consciousness of the sensitivities of leading an urban district with a stubborn achievement gap that sees white and Asian students far surpassing black and Hispanic students academically, despite three decades of effort.

The purpose of the plan, he said, is “to learn as much as possible” through observations, focus groups and data analysis. For the next several months, Salim will be “listening and learning” with staff, families, community and students. His schedule will include meeting with school councils, school-based parent organizations, the Citywide School Advisory Group, the Cambridge Parent Advisory Council on Special Education, student government groups and focus groups.

In January, he will present an “entry report” with findings and “opportunities,” leading to a strategic plan. The strategy development plan will be from February through May, with district planning from June through September.

Asked by Fantini how this plan compared one for his past district employer, Weymouth, Salim said “in spirit” it is the same approach, but he has learned to “focus more deeply on work in the schools.” He is adding “student shadowing” – following students through their day – as a way to learn more about their experiences.

Salim was hired in October after a six-month search process, replacing Jeffrey Young, who had been hired in 2009 with a three-year contract and won one reappointment and a one-year extension to bridge the time until a replacement could be seated. Salim, hired as a first-time superintendent in Weymouth in 2012, starts in Cambridge with a four-year contract at a starting salary of $228,000 with a 2.5 percent increase in years two, three and four. In addition, there will be an option for an additional “performance-based” annual increase of 1 percent, with goals defined by the committee.

Salim was voted in 6-1, with member Richard Harding opposed, from an initial field of 57 candidates that had been whittled to three finalists.

Salim’s transition into leading the Cambridge school district includes a team made of members of the superintendent’s search committee formed last year. All members were invited, Salim said, and he was “pleased to say” nearly all will be participating.

Finally, Salim has put together an external advisory team with experience in superintendent work and transitions. Members are Robert S. Peterkin, a former Cambridge superintendent and a professor emeritus at the Harvard Graduate School of Education; Maree F. Sneed, a lawyer at the Washington, D.C., firm Hogan Lovells, with expertise in education law including special education and English language learning, and who also worked on Cambridge’s controlled choice plan that balances parent wishes for specific schools with socioeconomic factors; Larry Leverett, also a former superintendent, and executive director of the Panasonic Foundation, which partners with public schools to tackle race and poverty; and Deborah Jewell-Sherman, a former Richmond, Va., superintendent who is on the faculty of the Harvard Graduate School of Education leadership program.

The next meeting will be an Aug. 17 “retreat” at the Royal Sonesta in Cambridge.

In other business, the committee passed unanimously the first reading of a revision to a policy governing fingerprint-based criminal history records; and 16 contract awards required before the start of school, including $1.3 million and $44,000 for out-of-district tuition; $95,000 for nursing and $135,000 for mental health services; $55,000 for leasing parking for Fletcher Maynard Academy staff; $27,000 and $31,000 for professional development; $170,000 for printing and mailing services, $100,000 for medical billing services, $300,000 for classroom and $29,000 for instruction materials; $60,000 for meat; $75,000 for carpentry and maintenance supplies; $54,000 to the Cambridge Housing Authority for a summer literacy program; and $176,000 to Cambridge School Volunteers; and $29,000 for leasing a Chevrolet Malibu Hybrid for the superintendent’s use.

In addition, the committee approved receipt of a $2.7 million federal IDEA grant for special education, a $270,000 grant for 2.4 music teachers at three elementary schools, and seven other grants totaling $1.5 million.

The committee also approved receipt of $1.2 million in federal Title 1 funds, with member Patty Nolan asking for assurance that all Title 1 schools will get some portion of the funds, including upper schools, and that the distribution of the funds was based this year on a combination of the percentage as well as the actual number of low-income students per school.