‘Florence Foster Jenkins’: Worst of singers gets a prestige biographical drama to match 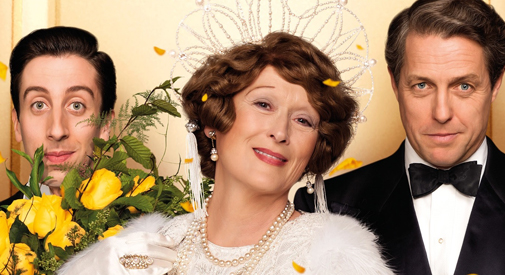 ‘Florence Foster Jenkins’: Worst of singers gets a prestige biographical drama to match

There is good Meryl Streep camp and bad. The first can be seen in “Mamma Mia!,” a frivolous, inconsequential film that at least played up the natural, oozing charisma of its leading lady – who could sing slightly off-key and dance embarrassingly and still charm the pants off anyone with a simple smile. The latter comes in the form of “August: Osage County,” where her go-for-broke, broad performance lends itself to the worst the film has to offer as she channels her inner daytime soap star. “Florence Foster Jenkins” ends up as a Lifetime film dressed up as a prestige drama without the nuance or intensity to sell the audience on the story. Ultimately it suffers because the film cannot determine which version of Streep’s character she is playing – the one with charm or the one who’s ham-fisted and nearly intolerable. 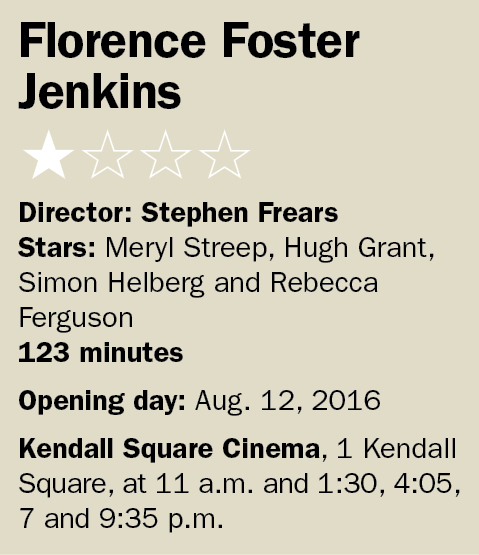 Florence Foster Jenkins (Streep) was a New York heiress who dreamed of becoming an opera singer, despite having little to no talent in the field. Aided by her somewhat dutiful husband (Hugh Grant) and her newly appointed accompanist (Simon Helberg), she goes on to play in some of the most renowned concert halls in the city, including Carnegie Hall.

With a mood as tone deaf as its main character, director Stephen Frears fails to paint a portrait of Jenkins that’s at all very kind or sympathetic, doing even worse for her partner St Clair Bayfield (Grant), who by the end has come across as more of a deceitful opportunist than someone looking out for Jenkins’ best interests. Helberg’s Cosme McMoon is the only character who escapes the film mostly unscathed, if only because Cosme is so vastly different than Helberg’s popular role as Howard on “The Big Bang Theory.” Helberg understands what should have been the tonality from the get-go – a little farcical, a touch vaudevillian, and spirited. The story of Jenkins isn’t one to laugh off; despite her self-delusion, there’s something admirable about someone who loves anything so much that they’ll dedicate themselves to it no matter what humiliation ensues. Nicholas Martin’s script prompts us to cringe at her, rather than laugh with her.

Jenkins was a ridiculous figure and a tragic one, who had dealt with hardship as well as great successes in her life, and she was entirely human. The film forgets this and treats her as if she’s a cartoon; it would have been better off taking a page out of the “Billy Elliot” book, making a film that was eager to please but didn’t shy away from an underdog narrative. Beyond that, the film also manages to change a story about one woman into the story about how the two men in her life managed to benefit from her “success,” spending more time with them and their lives than it does the woman in the title of the film. Perhaps if we had spent more time with Florence learning why she operated the way she did and her passion for music, instead of with Bayfield and his nightlife activities, we would have left feeling more sympathetic toward her and more satisfied by the film.

There are small aspects of the film to celebrate, despite how overshadowed they are by the toneless script. Its design is impeccable, with costuming that implies more about the characters than the script does and sets that, despite being shot in London and not New York, manage to breathe an atmosphere of authenticity into the proceedings, adding a spark of life the direction lacks.

If you’ve missed seeing Grant’s trademark smirk and dry delivery on screen, or if you’re a Streep aficionado and a completist with her films, “Florence Foster Jenkins” might be worth the time and effort to see. Otherwise, it couldn’t hurt to simply wait until it’s available to rent, so you can pause and fast-forward as needed or even just save yourself the two hours and turn it off.