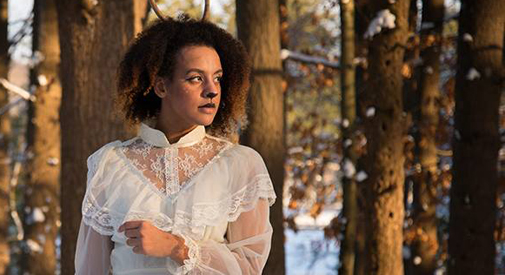 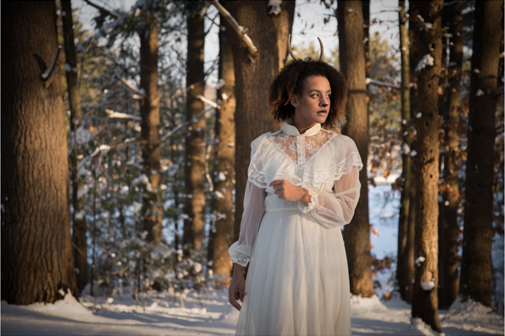 “Out of the Woods: Fairy Tales Re-imagined” exhibit and opening reception from 6 to 8 p.m. Friday at The Nave Gallery Annex, 53 Chester St., Davis Square,  Somerville. Free.

Forty-five artists (Melissa D’Acunto’s work is above) have contributed their contemporary takes on fairy tales, myths, legends and folk tales in this free exhibition curated by Boriana Kantcheva and Micah Eglinton-Woods. The opening reception includes Ashley Normal performing her perversely playful “Cautionary Tales” (with accompanying zine). The exhibit is up through Dec. 17 at the gallery, which is open from 6 to 8 p.m. Thursdays and Fridays and from 2 to 6 p.m. Saturdays. Information is here. 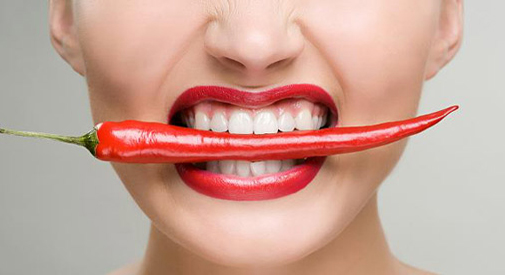 The Longy School of Music and Boston Opera Collaborative is back with a second annual feast of 10-minute operas (of the eight works, six are making their premiere) in a cabaret setting, with hors d’oeuvres and wine. Accompanied by piano and sometimes percussion, the operettas intrigue just with their titles: “American Flag”; “Ondine”; “She’s Fabulous”; “Mozart & Salieri”; “Two-Step”; “The Husbands”; “A Tall Order”; and “Always.” Information is here. 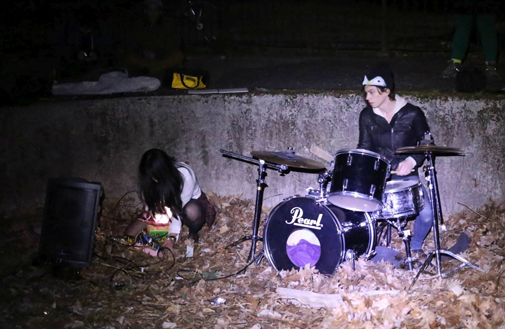 This all-ages show would be worth it just for the conceit of Jroy Divorbison, which does Roy Orbison covers in the style of Joy Division (band members somewhat redundantly refer to this as the “first” such band). But also on the bill is The Channels, a trio that performs intense post-punk with an industrial but strangely bright edge – the kind of music that puts a grin on your bobbing head. The night of quirky rock is rounded out by the unavoidably pubic Trim (observe the logo), made up of the analog synth and drum work of Dana Cataldo and Victoria Shen. “I have a feeling the Lilypad doesn’t know what it’s in for,” is the pleasantly ominous note on The Channels’ Facebook page. Information is here. 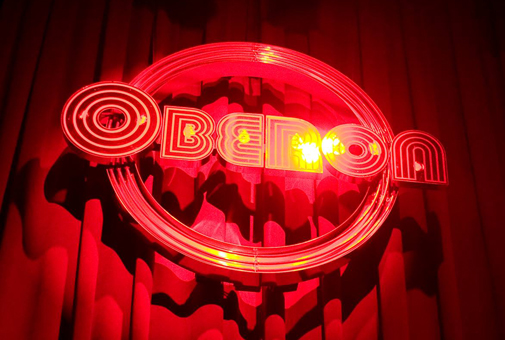 After an especially grueling and harrowing election season, The American Repertory Theater is inviting the community – especially its artists – to come together to talk about how to have productive conversations across ever-widening political and class rifts. Guests are invited to bring a small work, such as a reading or poem, and take two to three minutes to perform it as part of beginning the process of discussion, understanding and activism. Information is here. 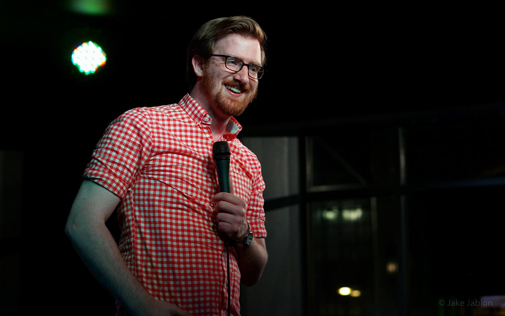 This relaxed Sunday night show will either let you forget temporarily about the election or remind you of it the best way – with the sharp comedy of Liam McGuirk, Kendall Farrell, Rohan Padhye, Tawanda Gona, Laura Severse, Nick Ortolani (above) and Katie McCarthy, hosted by P.J. Westin. If the comedy doesn’t do it, the beer selections in Aeronaut’s taps should. Information is here.