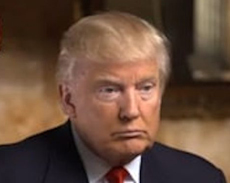 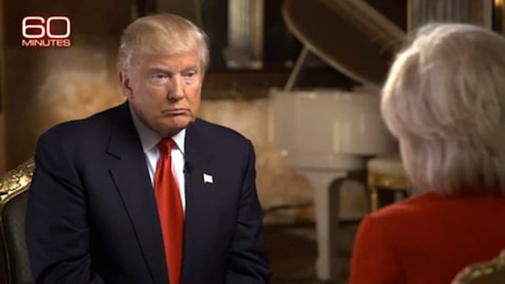 President-Elect Donald Trump appears on television Sunday, saying he was surprised to hear of hate crimes being committed in his name.

Reports of post-election hate crimes are proliferating, but police have received only one formal complaint – a terrifying one.

An elderly woman filed a police report Sunday of two large men wearing masks confronting her at her home on Broadway, near the high school, hitting her and making her fall to the ground, where her temple was bloodied. One man put his hand into his pocket – suggesting a weapon was inside – while the man who hit her said, “You did not vote for Trump,” according to police and an account by a neighbor.

The attack took place between 6 and 7 p.m. Friday, after the woman returned from work and was coming out to deposit a small bag of trash. It might have gone further, she hinted, had there not been someone walking by her home at the time. It’s possible the men were interrupted during a burglary attempt, a neighbor said, and noticed a Clinton campaign sign on a neighbor’s window.

The woman is white, and most hate crimes show racial, ethnic, religious or sexual prejudice. They also cover federal and state civil rights violations, however, including crimes motivated by hatred of another for a variety of reasons.

Other stories of hate crimes since the Tuesday election of Donald Trump as president focus on race and immigrant status. They include the appearance of swastika graffiti at the Vassal Lane Upper School; Harmann Singh, a student at Harvard Law, being called a “fucking Muslim” by a fellow shopper and being followed around inside a store a few blocks from campus; and one written about in The Boston Globe and Boston magazine in which a postal worker in Cambridge was seen telling a Hispanic man, “Go back to your country. This is Trump land. You ain’t getting your check no more.”

That incident, which also has not been reported to police as of late Monday afternoon but is being investigated by the Postal Service after a witness alerted authorities, took place at about 1 p.m. Thursday at a gas station on Cambridge Street near Inman Square. The other incident was even more recent, taking place Sunday afternoon.

“None of the other people in the store said a thing,” Singh said. “Hopefully we can stand together against intolerance and injustice.”

A fast-growing group at Cambridge Rindge and Latin School called United Students of America plans a rally for after school Thursday in response to comments heard by students about their race and sexual orientation. A founding member, Natalia Ruiz, 16, told the Cambridge Chronicle that “in the last few days, I have received a lot of racist and homophobic comments on the street … I was surprised, especially living in Cambridge, which is fairly liberal and progressive.”

In the upper school incident, a red swastika was found drawn in a boys bathroom near eighth-grade classrooms, leading to an investigation and notification to the school district’s Office of Safety and Security and  Cambridge police, Mayor E. Denise Simmons said. Head of School Daniel Coplon-Newfield sent a letter home to Vassal Lane parents and “is working
with students and staff to underscore that such hateful symbols have no place in our schools or our community,” Simmons said.

Similar incidents have been reported around the nation since Election Night, after a campaign in which Trump made racial and religious attacks a part of his platform and won the endorsement of white supremacists and the racist alt-right. In an interview Sunday, he told CBS News’ Lesley Stahl that he was “very surprised” to hear about his supporters committing violence and hate crimes. “I hate to hear that,” he said, “but I think it’s a very small amount.”

Cambridge police have not fully filtered incidents for the year to separate out hate crimes, but the preliminary figure through Monday is that there have been 18 hate crimes so far this year, including the attack on the woman on Broadway, said Jeremy Warnick, the force’s director of communications and media relations. That compares with 15 for all of last year.

The number of hate crimes reported varies over the past decade, from a low of seven in 2010 to what was previously considered a high of 15 in 2009, 2013 and last year, according to the Cambridge Police Annual Crime Report released in May. A third of the attacks were considered racially motivated and another third were sexually motivated. Religiously motivated attacked accounted for 8 percent of the total, and the remaining 25 percent fit into multiple categories.

“It’s a little bit of increase,” Warnick said of this year’s 18 reports, but he considered last year’s figures also cause for concern.

“Having a conversation with Crime Analysis and talking with them about hate crimes in general, when I saw the numbers from 2015 I was actually pretty alarmed – 15, wow, that seems very low. And the reality is, it is. They say this is one crime that’s vastly underreported.”

Attorney General Maura Healey launched a hotline Monday where state residents could report harassment and intimidation of racial, ethnic and religious minorities, women, LGBTQ people and immigrants. The hotline, to be managed by attorneys and staff in Healy’s office, will track reports and referred some reports to local law enforcement or the Attorney General’s Criminal Bureau. The phone number is (800) 994-3228, and there’s an online form here.

This post was updated Nov. 18, 2016, to include a report of offensive Vassal Lane graffiti.