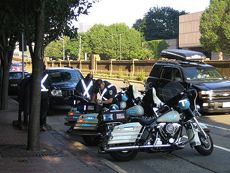 The speed limit on city-owned streets will be reduced to 25 mph unless otherwise posted, the City Manager’s Office announced Friday, calling it “an important step toward improving the safety of everyone who lives, works and visits Cambridge.”

The new speed limit – down from 30 mph – will be posted at the city line at various locations, matching moves by neighbors such as Boston, Somerville and Arlington, and go into effect Thursday. The change went into effect in Somerville last month.

“We know that lowering car speeds is one of the most important ways to protect our most vulnerable users and work together to achieve our Vision Zero goals,” said Joseph Barr, director of Cambridge’s Traffic, Parking & Transportation Department, referring to a widely adopted plan aimed at reducing traffic deaths to zero. “I encourage everyone who travels in Cambridge to take their time as they move through the city; by staying under 25 mph you’ll be keeping all of our citizens safer and be able to better enjoy our beautiful city.”

But acknowledgment by drivers may be difficult. City councillor Leland Cheung said he’d been experimenting with driving 25 mph in anticipation of the newly posted limits and “you can’t believe the number of people yelling at me.”

As councillor Dennis Carlone has pointed out, Cambridge’s population density makes it all “thickly settled,” but a large number of drivers in Cambridge are only passing through. And some major thoroughfares, such as Massachusetts Avenue, are state streets, not city-owned.

The 20 mph limit remained difficult. In a Sept. 14 memo from Barr, the city manager was told that speed “will require additional consideration and analysis, since enforcement of a 20 mph speed limit will be challenging unless that speed limit is supported by consistent street design and land use characteristics.”