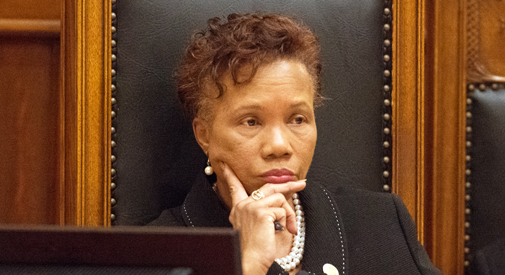 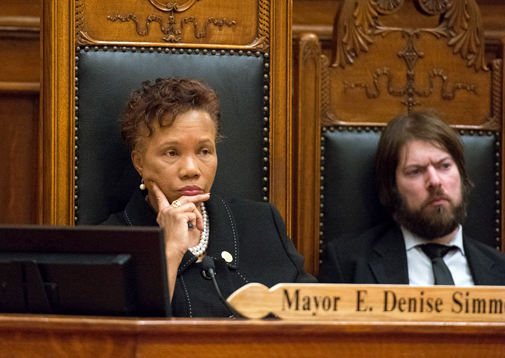 Mayor E. Denise Simmons may attend the presidential inaugural ceremony of Donald Trump on Jan. 20, according to her staff.

She will be in Washington, D.C., just beforehand for the annual United States Conference of Mayors gathering, taking place this year Jan. 17-19, said Theresa Stevens, the mayor’s executive assistant, but has left it undecided whether she will attend the inauguration.

“It’s going to be a daytime decision. It really depends what her workload is like when she gets into Washington,” said Neal Alpert, the mayor’s chief of staff. “Nothing has been decided.”

Simmons is an unlikely attendee for the inauguration of Trump as president, after a national campaign and transition that embraced, and was embraced by, white supremacists and anti-gay activists. She was the nation’s first black, openly lesbian mayor when first elected in 2008, and leads a notoriously progressive community that has opted to remain a sanctuary city for undocumented immigrants in defiance of a threat by Trump to strip such cities of federal funding.

Trump and running mate Mike Pence won 3,323 votes in Cambridge in November, or 6.2 percent of the electorate.

U.S. Rep. Katherine Clark, a Democrat in Massachusetts’ 5th Congressional District, drew some controversy by announcing she would not attend. “After discussions with hundreds of my constituents, I do not feel that I can contribute to the normalization of the president-elect’s divisive rhetoric by participating in the inauguration,” Clark said.

Alpert said Simmons was invited by The 58th Presidential Inaugural Committee, possibly as a courtesy extended to mayors attending the conference. But blanket invitations to conference attendees is “not the norm, no,” said Carol Edwards, director of conventions for the mayors group, on Thursday.

The Trump inaugural committee was asked in an email about Simmons’ invitation, but had not replied by publication.

Mayor Joseph A. Curtatone of Somerville will be speaking to the separate Mayor’s Innovation Project on Jan. 17, but flying in and out of Washington, D.C., the same day, staff said.