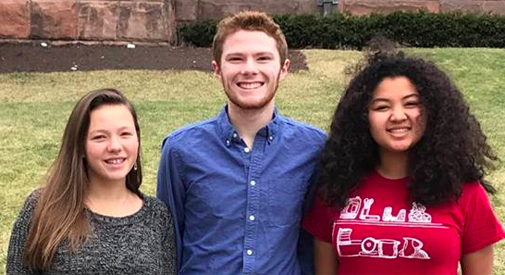 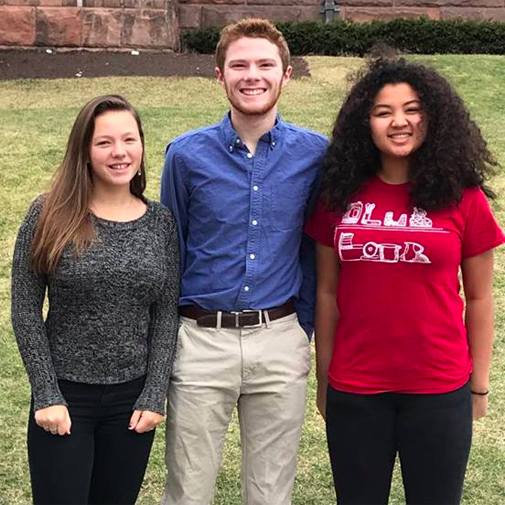 From the Will MacArthur campaign, Feb. 1, 2017: Will MacArthur, a Harvard student, recent graduate of Cambridge Rindge and Latin School and candidate for School Committee, announced his senior staff today.

The staff, with a cumulative 38 years of experience as Cambridge Public School students, includes two recent graduates of the high school and two current juniors.

The campaign committee will be chaired by Tomasz Maciak, a 2016 graduate and former editor-in-chief of the high school’s Register Forum newspaper. He has previously worked on the campaigns of city councillor Craig Kelley and Don Berwick. After graduating from Rindge in 2016, he chose to take a gap year to work, explore new parts of the world and visit family in Poland. He will attend Harvard University in 2017.

The campaign’s field campaign and get-out-the-vote plan, which focuses largely on increasing turnout by canvassing registered voters who didn’t participate in the 2015 municipal elections, will be implemented by field director Jahnavi Zondervan. A junior student government representative at the high school, Zondervan is interested in politics and public service. Fluent in two languages and studying two others, she hopes to pursue a career in international relations.

Campaign treasurer Elizabeth Harkavy is in her first year at the Massachusetts Institute of Technology, where she is majoring in math with computer science and minoring in political science.

Policy director Juliette Low Fleury grew up splitting her time between Haiti and the United States, and is now a community activist, CRLS junior, student government representative and Haitian Creole-to-English translator. She is president of Club 4 at the high school and is considering a career in public service.

Low Fleury, along with recent CRLS graduate Carmen Enrique, will be responsible for translating campaign materials into Haitian Creole and Spanish to improve accessibility for all Cambridge families.

MacArthur, who announced his candidacy in December, said his focus is on combating systemic inequalities and segregation in Cambridge Public Schools. More information is at willmacarthur.com.