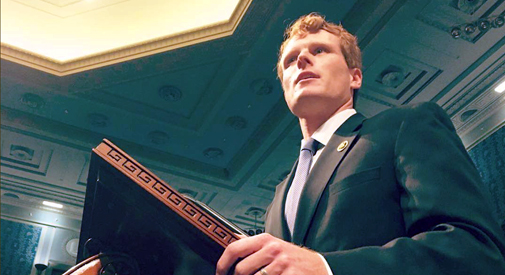 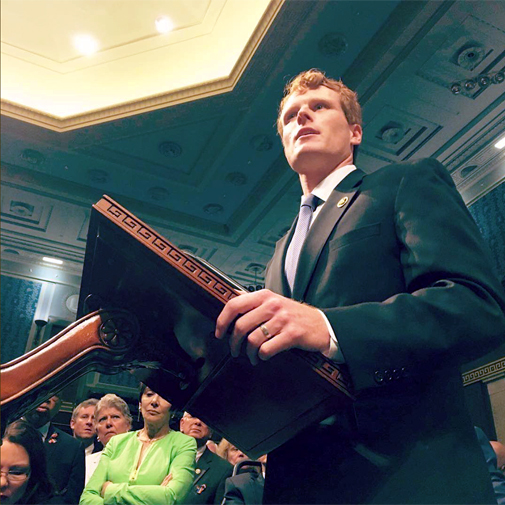 U.S. Rep. Joseph Kennedy III is to be a featured speaker at the Martin Luther King Jr. Brunch coming Feb. 25.

The Cambridge Branch of the National Association for the Advancement of Colored People is bringing back its annual Martin Luther King Jr. Brunch, to be held Feb. 25.

The event wasn’t held last year because of a reorganization of the branch, with new leadership coming in only a few weeks before the 2016 breakfast would be held. Those leaders – former mayor Ken Reeves, now a visiting scholar at the Massachusetts Institute of Technology, and School Committee member Richard Harding – have been in place for more than a year, and Reeves said returning to the tradition was a priority.

“The Cambridge NAACP is proud to continue the tradition of this annual event,” he and Harding said in a press release. “The Martin Luther King Jr. Brunch is a celebration of the continuing inspiration of the life and works of the Rev. Dr. Martin Luther King Jr. and an opportunity to recognize those who, in his spirit, are working to make the city, nation and world a better, more equitable place.”

The program this year will feature U.S. Rep. Joseph Kennedy III, a Democrat from the Fourth Massachusetts District. (Reeves was keynote speaker in 2007.)