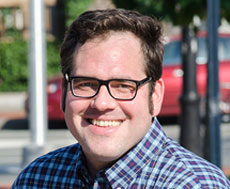 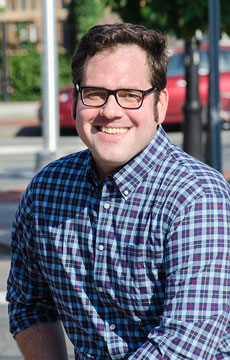 First-term state Rep. Mike Connolly has been appointed to serve on the Legislature’s committee overseeing housing, a crucial position for the communities he speaks for: Cambridge and Somerville, both densely settled cities facing immense pressure to grow and quandaries about how to maintain economic diversity amid surging real estate prices.

“I’m excited for the chance to serve on the Housing Committee,” Connolly said in a press release. “As a product of public housing, and as a tenant in the rapidly changing Wellington-Harrington neighborhood [of Cambridge], I am passionate about working with colleagues to protect affordable housing, stop displacement and create a variety of new housing options in Cambridge, Somerville and across the commonwealth.”

As recently as Tuesday he was in Cambridge’s City Hall, fighting for a higher percentage of affordable housing in the 42-acre NorthPoint neighborhood, still being carved out of a former wasteland of rail yards between Cambridge and Somerville.

Connolly was also appointed by House leadership to serve on the joint committees on Housing and Veterans and Federal Affairs, according to his office; his additional assignments for the 190th session of the Massachusetts General Court include the house committees on Bonding, Capital Expenditures and State Assets; and on Steering, Policy and Scheduling.

“It is also an honor to be appointed to the Veterans and Federal Affairs committee. We owe a tremendous debt of gratitude to all who have served our country, and I look forward to advocating for housing, services, jobs and benefits for our veterans,” Connolly said.

In addition, Connolly has joined the House Progressive Caucus and will serve on its steering committee. “I am gratified by these assignments and by the trust leadership has placed in me during my first term in the legislature,” Connolly said.

Connolly, an attorney who contributed work to the Occupy Boston movement and served for a year as an aide to Cambridge city councillor Dennis Carlone, was elected state representative for the 26th Middlesex District in a September primary with 12-term state Rep. Tim Toomey. The seat represents East Cambridge and East Somerville.