Politics to join with dance, hip-hop Tuesday and enlighten, entertain at ‘Love Will Win’ 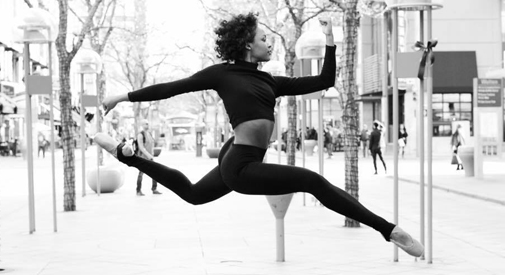 Politics to join with dance, hip-hop Tuesday and enlighten, entertain at ‘Love Will Win’

Art and politics mingle Tuesday at an event called “Love Will Win,” with state Rep. Mike Connolly leading a conversation on how to build progressive policy and more effective citizen advocates, along with entertainment from dancers and musicians performing rock and hip-hop.

The bill includes Middle Child, a psych/R&B band based in Roxbury; dancer Dorothy Adasia Cherry; DJ B Quiz; Baylen Bo, of the Boston organic hip-hop group Viva La Hop; and M-dot, a rapper out of Lynn and Revere.

In addition to Connolly, the list of activists and politicians on hand are to include Emmanuel “Manny” Lusardi, the city liaison for immigrant affairs who operates out of the office of vice mayor Marc McGovern; Ronald Benjamin, a declared candidate for City Council in the November election; leaders of the groups Our Revolution Cambridge and Indivisible Somerville, who will talk about their work on grassroots action; and representatives of Corporate Accountability International, including Michel Anthony Le Gendre. In addition, updates are promised on two ongoing political campaigns: #MakeGEPay, which opposes the millions of dollars in tax breaks offered to bring GE to Boston, and #NoDAPL, concerning the Dakota Access Pipeline to be built across Native American land in the Midwest and Great Plains states.

The event takes place from 9:30 to 11:30 p.m. Tuesday at Out of the Blue Art Gallery Too, 541 Massachusetts Ave., Central Square. Entry is free, though there’s a suggested $5 donation to be directed to participating local organizations or activist groups chosen by attendees.