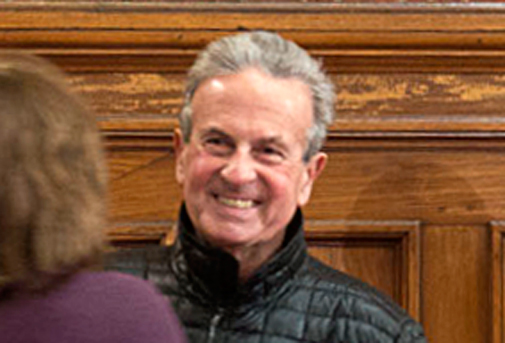 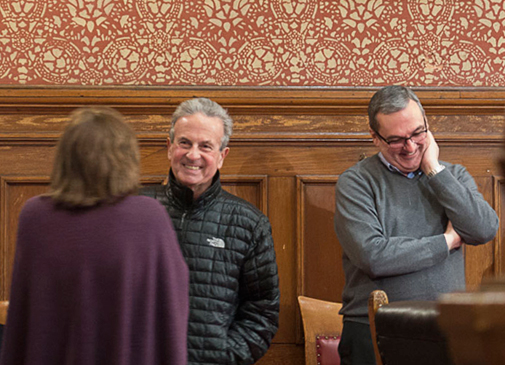 People facing a sudden money crunch that might leave them homeless have a friend at City Hall – at least, he was Monday, as former city manager Richard C. Rossi stopped in for the creation of a housing aid fund in his honor.

With the Richard C. Rossi Housing Assistance Fund in effect, the city’s housing director and director of the city’s Multi-Service Center will be able to refer for help any case of looming eviction or trouble getting housing when there’s a head of a household out of a job but actively looking for work. In addition to rent and security deposits, or mortgage or condominium fees, the fund could step in with help repairing credit, according to documents released by the City Manager’s Office.

Trustees would be able to release funds in flexible amounts, and there is no call in the documents for repayment.

“This is a really needed pot of money in this community. So many times over so many years, I had been in the middle of … trying to help individuals who were really stuck on housing issues where smaller amounts of money would be of great value to them,” Rossi said to councillors during his trip to City Hall to see the fund become a reality. “As you’ve heard me say many times, I don’t think there’s anything worse than going home at night worrying about whether you can continue to live in the house you’ve become accustomed to.”

“I hope it serves Cambridge residents who need this kind of service for many, many years,” Rossi said of the fund.

Rossi was Cambridge’s city manager for a little over three years, but before that had been deputy city manager since 1981. Upon his retirement in the fall, a group called the Friends of Richard Rossi donated the fund’s starting amount of $35,641. The City Council allocated the funds officially Monday, hearing from Assistant City Manager Lisa Peterson that further injections of money were expected to come from private donations.

“My expectation is that the fund will continue to grow,” said councillor David Maher, who is also president of the Cambridge Chamber of Commerce.

Councillors said they were glad to do their part to get the fund started.

“There are a lot of people in our community living on the edge, week by week, paycheck by paycheck,” councillor Tim Toomey said.

With real estate costs surging regularly, even people who seem like high earners are at risk, vice mayor Marc McGovern said. In a 2015 online survey about income insecurity, most made more than $100,000 annually – and yet half reported having no money to save at the end of the month.

“You have a lot of people that you would think, oh, they make $125,000 a year – that’s great money if you live in certain communities, but in Cambridge they can’t save anything,” McGovern said. “There are so many more people than we would think who are one paycheck away from being in a very, very different situation. This will go a long way toward helping folks.”