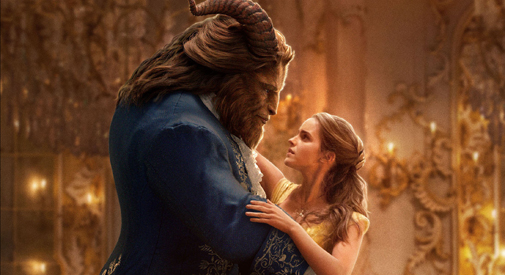 Recent years have seen the Disney powerhouse return to old favorites that defined many a childhood bringing its iconic princesses further to life. While the 2015 “Cinderella” was a delightful surprise, efforts such as “Snow White and the Huntsman” and “Maleficent” fell flat. With Bill Condon’s “Beauty and the Beast” starring Emma Watson as Belle – a character that holds a special place in the hearts of many ’90s kids – the audience perhaps shouldn’t enter the theater expecting to experience the same emotions delivered by the original animated film, but instead be welcome to a story that plays itself close to the heart while delivering a bombastic and theatrical visual production.

The “tale as old as time,” and certainly ingrained in our cinematic memory, has its charms explored in Condon’s film, playing with the 1991 film’s framing while allowing different, more modern themes to be explored (this version of Belle is an inventor). The Beast (Dan Stevens) was cursed due to cruel vanity, and he, along with his servants, live in his old castle, forgotten by the townsfolk that surround him. Meanwhile, in that very town, Belle lives with her father (Kevin Kline, who feels out of place and delivers lines with an awkward cadence) and longs for a life that can give her more than small-minded townsfolk and a library with five books. Rather, she’s looking for a life worth reading about, and, while she doesn’t know it as the tale begins, she starts to find one with the Beast.

Written by Stephen Chbosky (“The Perks of Being a Wallflower”) and Evan Spiliotopoulos (“The Huntsman: Winter’s War”), the script almost takes too much care in refusing to stray from the beloved animated film, with many a scene playing like nothing more than carbon copies. When Chbosky and Spiliotopoulos do stray, diving into undocumented backstory, they allow the story to grow more roots, allowing more depth for the enchantress, Belle’s mother and the Beast’s family to develop. We even learn why the servants were cursed along with the Beast (though opinions may vary if the reasonings were justifiable).

Watson, forever endeared to audiences for her performances as Hermione Granger in the “Harry Potter” films, is still limited as an actress, too reliant on tics and tired patterns to transcend this role, though she did it in “The Bling Ring” and “The Perks of Being a Wallflower.” Regardless, she makes for a charming Belle and seems tailor-made as a Disney princess. Stevens fares better (in spite of heavy and not quite convincing CGI) as the Beast, particularly when he’s allowed to tread further than the role of fearsome loner. His comedic timing and dramatic edge manage to make him feel like a real part of this world, far more so than the slightly creepy rendering of the household objects. Ian McKellen and Emma Thompson are the only two who seem fitted for the voice work of their characters (Cogsworth and Mrs. Potts, respectively) while poor Scotsman Ewan McGregor positively drowns under an ill-advised French accent for Lumière. Any fan of his powerhouse singing in “Moulin Rouge!” hoping to hear McGregor belt out a tune will be disappointed.

The greatest highlights of the casting were the ingenious choices of Luke Evans and Josh Gad as Gaston and LeFou; they seem positively ripped from the 1991 film. Evans embodies the roguish and wicked charm of Gaston, whose sinister comedy is used to great effect, while Gad might be the quiet MVP of the film, embodying LeFou with just the right amount of near embarrassing fawning over Gaston while allowing him to develop past the previous incarnations of the character.

Where the film soars is in its unabashed embracing of the inherent theatricality of musicals. While there were iconic numbers in the animated version, the remake is performed much closer to a wall-to-wall musical, with added numbers by Alan Menken that allow characters to be further fleshed out. A particular highlight (and perhaps new classic) is “Evermore,” performed achingly by Stevens, that offers greater insight to the Beast and his emotions for Belle and the possibility of losing her. The film is a bombardment of the senses, from the overwhelming sound design to lush production and costume. It’s meant to be bigger, grander and more opulent than we’re used to, because this is – no matter the updated storylines and character traits making it feel more current – a fairytale.

“Beauty and the Beast” is far from spectacular, and it’s certainly leagues away from touching the iconography of the 1991 animated version, but it’s more than fine as a beautiful and touching homage to a film the writers, directors and stars clearly adore. Surely it won’t go down in the cinematic canon as being one of the best (though one could argue its strength against the other recent live-action adaptations) but a sweeping, grandiose tale that will allow a momentary escape.