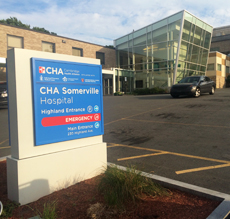 Seven months into its fiscal year, Cambridge Health Alliance is reporting a surplus of $3 million and is doing better than its budget forecast for this year. But one factor in the financial success is physician and other staff vacancies, and the positive margin is shrinking as the Alliance succeeds in filling some of those vacancies.

Another caveat: The Alliance actually lost money on its health care operations during the seven-month period, but recorded a surplus because the City of Cambridge made its agreed-upon contribution of $4.1 million during that time.

The most recent financial report, for the seven months ending Jan. 31, was presented at the end of February.

The Alliance is a safety-net health care system that serves a large number of low-income people with MassHealth or no insurance. It has reported losses for years and is working to reach financial stability. The outlook is not clear as Congress debates a replacement for the Affordable Care Act, also known as Obamacare.

Still, right now the system’s financial situation looks good, especially compared with previous years. At the end of January 2016, the health system had lost more than $11 million. The budget for this fiscal year, which runs from July 1, 2016, to June 30, 2017, forecast a loss of $4.8 million for the seven months ending Jan. 31 this year. Instead, the system is in the black, according to the most recent monthly financial report.

The system has spent less than expected on salaries and benefits in recent years and Chief Financial Officer Jill Batty has spoken of staff vacancies at monthly meetings of the finance committee of the board of trustees, without saying how many. CHA spokesman David Cecere, referring to physician vacancies,  said the Alliance has “actually had very good recruitment success the last couple of years for all positions, especially in primary care.” Turnover has dropped to a 12-month average of 9 percent, versus 12 percent 18 months ago, he said. Cecere said he could not provide the current number of physician vacancies.

Physicians who are hired may not be able to start work immediately, Cecere said. “We are seeing increased delay” with doctors obtaining a Massachusetts license and other credentials, and health insurers are taking longer to approve adding physicians to their networks, he said.

“Both of these issues have led us to extend start dates for new providers” or start them with a small number of patients, Cecere said. “This causes delays in access for our patients.”

These problems are statewide, Cecere said, and the Massachusetts Hospital Association has established a group of hospitals and insurers to work on a solution.