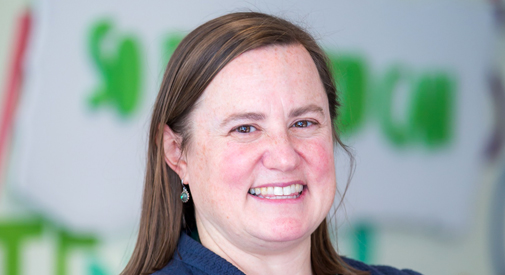 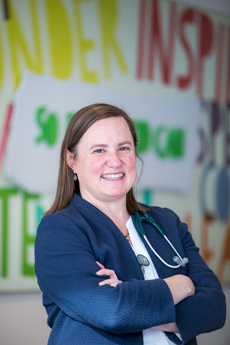 Schainker will be responsible for combining clinical, administrative, research and programmatic direction for the medical team to ensure effective and efficient delivery of quality medical care. She will also focus on patient safety, expansion of the hospital’s referral base and family support.

Most recently, Schainker was division chief of hospital medicine and interim vice chairwoman of clinical operations and network relations at the Floating Hospital For Children at Tufts Medical Center, where she worked since 2005. She holds a bachelor’s of science degree from Haverford College and a doctorate in medicine from Johns Hopkins School of Medicine, and completed her residency in the Boston Combined Residency Program and fellowship at Boston University. Her experience with children also goes beyond the exam room: She was a science and health teacher with Teach for America before medical school.

Franciscan Children’s has also appointed Dr. Paul Geltman as medical director of ambulatory care services; most recently, Geltman was the pediatrics physician leader for ambulatory quality at Cambridge Health Alliance, where he practiced primary care and served as liaison to the inpatient child and adolescent psychiatry units. He is an assistant professor of pediatrics at Harvard Medical School.

In other medical appointments:

Cambridge’s Dr. Emily H. Mukherji has recently joined Mount Auburn Hospital’s Department of Psychiatry, the hospital announced Jan. 25. Mukherji received her medical degree from the Tufts University School of Medicine and completed her residency in psychiatry at the Massachusetts General Hospital/McLean Hospital Adult Psychiatry Residency Program. She is board certified in psychiatry.