ReelAbilities brings three of its final films, including docs on blindness, race bombing 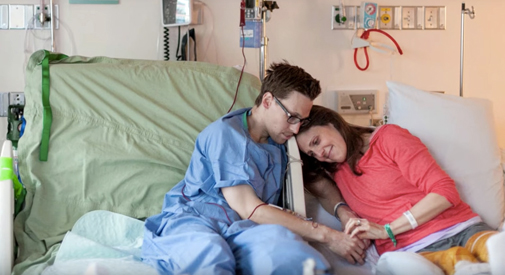 ReelAbilities brings three of its final films, including docs on blindness, race bombing

The 2017 ReelAbilities Film Festival comes to Cambridge and Somerville to wrap up the year: “Notes on Blindness” screens at 7 p.m. Monday at the Brattle, and “Rachel Is” at 6:30 p.m. Tuesday at the Main Library. The festival ends with “Marathon: The Patriots Day Bombing,” an HBO documentary made with The Boston Globe, in a 7 p.m. Thursday showing that includes a talk with two subjects of the film and Globe reporter Eric Moskowitz.

The 10-film festival has been inclusive in its definition of disability, and films seen since the kickoff Wednesday have explored autism, blindness, Down syndrome, muscular dystrophy and psychiatric conditions. “Each documentary challenges our audience to think differently about people with disabilities in a time when conversations about diversity are crucial,” said Mara Bresnahan, director of the festival.

The three documentaries on the way:

“Notes on Blindness” follows writer and theologian John Hull as his sight deteriorates to the point of total blindness in 1983, with him speaking into a cassette recorder to make sense of the upheaval it causes and his journey into “a world beyond sight.” Directors James Spinney and Peter Middleton – who will do a Q&A via Skype after the screening – enliven the story by having actors lip-sync to the recordings, adding a sense of intimacy. Tickets are $12 for the 7 p.m. Monday screening at The Brattle Theatre, 40 Brattle St., Harvard Square.

“Rachel Is” explores the relationship between Jane and Rachel, her developmentally disabled daughter, as each seeks independence from the other. Afterward, director Charlotte Glynn will be on hand for a discussion with Susan Senator, author of “Autism Adulthood: Strategies and Insights for a Fulfilling Life.” The 6:30 p.m. Tuesday screening at the Main Library, 449 Broadway, Mid-Cambridge, is free, but registration is encouraged by clicking here and using the button to “buy tickets.”

“Marathon: The Patriots Day Bombing” uses never-before-seen footage to show the emotional and physical recovery of people whose lives were changed at the Boston Marathon bombing – a newlywed couple, a mother and daughter, and two brothers. Bombing survivors and film subjects Patrick Downes and Jessica Kensky will be on hand to talk with the audience, with the Globe’s Moskowitz moderating. The film shows at 7 p.m. Thursday at the Somerville Theatre, 55 Davis Square, with $10 tickets released at the box office an hour before.