In paying off expenses of winter’s snowfall, city makes it official: 43 inches came down (corrected) 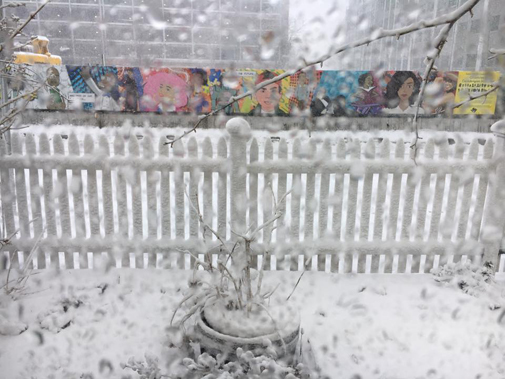 In paying off expenses of winter’s snowfall, city makes it official: 43 inches came down (corrected)

With temperatures at least expected to reach the 70s in the coming week and the likelihood of snow all but vanished for the year, the city has done its accounting: Cambridge got about 43 inches of snow this winter, demanding a $2.9 million appropriation from free cash to help pay the total cost for plowing, salting and clearing public areas.

Cambridge may have gotten off a little lighter than surrounding cities; Boston’s National Weather Service outpost recorded 47.6 inches for the area.

Added to the $371,755 set aside for handling snowfall for the year, the total expected costs for the winter would be just below $3.3 million, said Jeana Franconi, director of the city’s Budget Department, and John Nardone, deputy commissioner for operations at the city’s Department of Public Works.

The City Manager’s Office made the request of the City Council on Monday, noting that $410,000 of the requested money was for road restoration needs resulting from winter weather.

“Salting and plowing operations cover 125 miles of roadway and over 23 miles of sidewalk, including sidewalks and ramps abutting schools, public buildings, high-volume bus stops, parks and other public areas,” the city’s budget says.

The previous winter, when the city got only about 30 inches of snow, the City Manager’s Office made a $650,000 request from free cash for snow expenses, and total expenses for the year were $1.2 million, according to the city budget.

The winter before that was the “snowpocalypse,” when about 111 inches blanketed the region – in Cambridge, it’s officially 110 inches – and the City Manager’s Office asked the council for an additional $6 million, though the current adopted budget shows that total expenses for the year was $5.6 million.

So what happened to the $400,000 difference? Did it go to make up the $371,000 difference between the budgeted snow funds, request to the council and total for the winter of 2014-15? “Anything that wasn’t used would go back to free cash,” Franconi said. But it wasn’t entirely clear exactly how the budget shook out.

This post was updated April 10, 2017, to add Franconi’s comments and raise the amount of snowfall expenditures to $3.3 million from $3.1 million using her insight.