Foundry plan with theater, nonprofit space could cost $25M, opening its doors in 2020 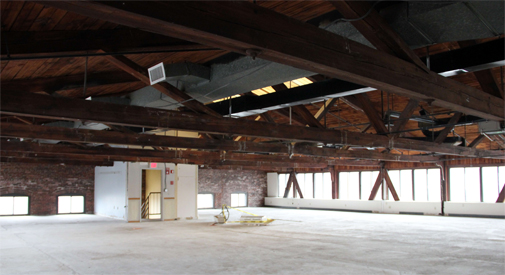 Foundry plan with theater, nonprofit space could cost $25M, opening its doors in 2020

The long languishing Foundry building could open in 2020 with such amenities as a black box theater, art studios, kitchen and cafe, an art gallery and 5,000 square feet of space for nonprofits, under a plan the Cambridge Redevelopment Authority has prepared for public discussions starting in late May.

The city and redevelopment agency would put about $25 million into refurbishing the space, which would become self-sustaining, with operational costs paid by the mix of building tenants. While about 60 percent of the building’s space would be dedicated for community uses, some 15,500 square feet would be used for market-rate office space, said Tom Evans, executive director of the agency, in a description released before a Wednesday meeting.

Operating costs of the building are expected to be about $1 million annually, leaning on those market-rate rents. An update to the Foundry plan shows the agency mulling market-rate rents as well from community-based organizations holding events that cost the public to attend, while space might be free for use by community-based organizations holding events and programs that were free to the public.

The 37,500-square-foot Foundry, at 101 Rogers St., was deeded to the city in 2012 as part of a development zoning deal that specified “a preference for its use for municipal or community uses.”

After years of discussion, the project was called to a halt by the authority and sent back to the drawing board Dec. 21. The first process resulted in only one submission, which failed in the eyes of many to meet the terms of the deal emphasizing public uses.

While the building’s uses may adapt over time to meet evolving community demand, Evans said, “the latest proposal envisions a publicly funded capital project with a mix of arts, cultural, educational, fabrication and commercial activities … The building will be repurposed with an array of flexible spaces that can accommodate anchor organizations, artists and community uses, as well as host shorter-term events and activities in shared spaces.”

The agency would select a program management team through a competitive process to operate and program the community space “in a manner consistent with the Foundry’s mission,” Evans said.

If a strategy can be decided, selection of a designer is expected to take through the first quarter of next year, leading into a design and construction phase of a little less than two years. The Foundry could open for use at the end of 2019 or start of 2020, according to the Redevelopment  Authority’s draft plan update.

First comes a series of forums held over several weeks to get feedback from the public, starting with a community meeting scheduled for 6:30 to 8:30 p.m. May 30 at the Dante Alighieri Society Center, 41 Hampshire St., Kendall Square.

Information is at cambridgeredevelopment.org/foundry. The Redevelopment Authority has a community site to collect ideas and post updates at courb.co/foundry.