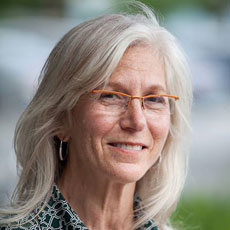 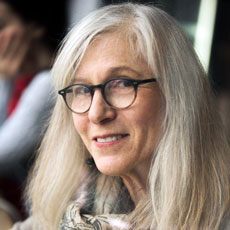 From the Committee to Elect Fran Cronin, June 6, 2017: Fran Cronin, a teacher and educational advocate, announced her candidacy for School Committee formally at a kickoff rally Sunday. State Rep. Marjorie Decker closed the event with an endorsement of Cronin.

“I’m supporting Fran because she believes, like I do, in equitable, high-quality education for all Cambridge students. Education has never been more important, and Fran’s been a committed advocate for students who need our help the most,” Decker said.

With a speech that was interrupted frequently with applause, Cronin laid out her priorities for moving the Cambridge district forward.

“The time is now to ensure early childhood education is available to all, especially for our neediest families; to implement best practices for social and emotional learning in all our schools; to create a STEAM partnership to create new pathways of opportunity; and to recruit educators that reflect the diversity of our students,” Cronin said.

Cronin said these common-sense but strategically important priorities have been on the back burner for too long. “It’s time to turn up the heat,” she said.

Framing her remarks against the backdrop of the income inequality and cultural diversity that have come to characterize Cambridge, Cronin cited: 3,000 students who qualify for free and reduced lunch; 1,100 who live in public housing; and 500 who take fresh food home through the Weekend Backpack Program, reflecting an economic divide in all Cambridge’s public schools.

“Too much is at stake,” she said, “to be satisfied with mixed educational outcomes in a city endowed with so much wealth and opportunity. We can’t afford to graduate our students into a world for which they are ill prepared. And we can’t afford to have student success depend on chance, a ZIP code or a parent’s advocacy skills.”

“As we move forward in this election, we can make a choice,” Cronin said. “We could either continue with the status quo of mixed results, or you can join me in setting a higher bar of expectation for all Cambridge students.”

In leading up to the Nov. 7 Election Day, Cronin said she looks forward to engaging with voters to join her campaign of building bridges to excellence for all Cambridge students.

Cronin was elected to the committee for its 2014-15 term. Since March 2016, she has been legislative aide for city councillor David Maher, who is retiring from the council to lead the city’s Chamber of Commerce.