Plenty of damage in Cambridge, Somerville from just 15 minutes of intense rainstorm 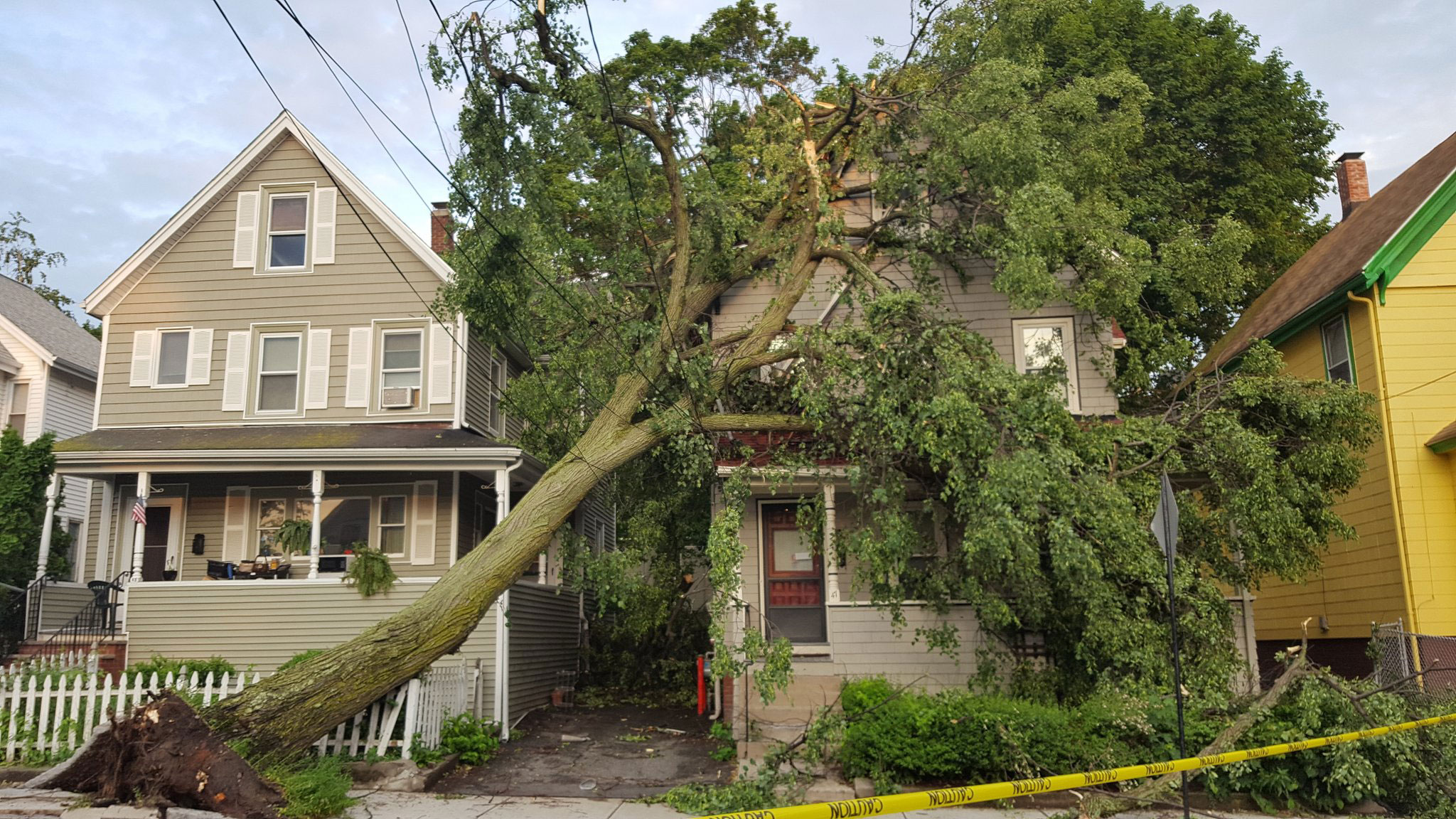 Plenty of damage in Cambridge, Somerville from just 15 minutes of intense rainstorm

A fierce storm took down a street Tuesday on Linden Avenue in Somerville. (Photo: Amy DiSciullo via Twitter)

A veritable monsoon took down wires, tree limbs and even entire trees as tall as a triple-decker Tuesday in Cambridge, Somerville and Medford, soaking fleeing people within seconds and even bringing hail.

The cause? “It was just a line of thunderstorms that came down from the Merrimack Valley into the Boston area,” said Joe Bellicarpini, a meteorologist at the National Weather Service’s outpost in Taunton. “Rain gusts were reported anywhere from about 50 to 65 mph, so that resulted in several downed trees and large limbs throughout the area.” 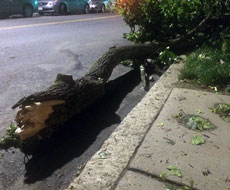 Felled tree limbs, such as on Oxford Street in Cambridge, were a common sight Tuesday evening. (Photo: Marc Levy)

The blast of bad weather lasted from around to 5:15 to 5:30 p.m. north of Boston and arrived in Hull to wrap up closer to 6 p.m., Bellicarpini said.

The largest trees came down on Sherman Street at Rindge Avenue in Cambridge and on Linden Avenue in Somerville, according to the weather service’s storm reporting, but tree limbs and wires – and even at least one streetlight pole – came down throughout the cities, landing on cars on Cambridge’s Berkshire, Fayerweather and Pearl streets and Somerville’s Craigie and Wheatland streets. The Universal Hub website gathered a number of reports of damage, mainly in Somerville.

The storm led to a surge of calls into Cambridge’s Emergency Communications Center, most just between 5:15 p.m. and 5:38 p.m., said Jeremy Warnick, director of communications and media relations for Cambridge police. That included more than 40 “tree down” and nearly 20 “wire down” calls.

“Much of the cleanup was performed yesterday and during the overnight/early morning hours, but we’re continuing to get calls,” Warnick said. “They anticipate there will be ongoing cleanup throughout the next few days.