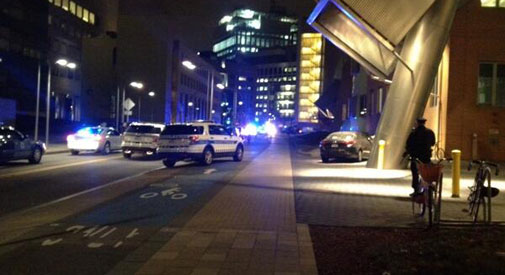 On Tuesday, Branville G. Bard Jr., the sole candidate for the position of police commissioner, will take part in a public forum at the Public Library. What questions he’s been asked so far are not a matter of public record. The diversity of our community means that the questions Bard will be asked will come from a variety of perspectives.

Cambridge has historically opposed the installation of surveillance cameras for law enforcement purposes. Do you expect to ask the city to reconsider?

The City Council is considering an ordinance that would require the approval of the council before any new surveillance technology is acquired or deployed. Do you believe the elected representatives of the city’s residents should have the power to decide on the limits of surveillance employed by the city? If not, why not?

As funding for social services shrinks while funding for law enforcement increases, we have come to expect police officers to perform many of the responsibilities that might otherwise have been performed by social workers. While it has value for the police to have these skills in their repertoire, do you think this trend is a good one for society?

Charlene Holmes, 16, was killed in a drive-by shooting a little over five years ago. Why does that crime remain unsolved, and how will you work to solve it?

When a Cambridge officer responding to a call about a housebreak in progress encounters someone who asserts they are the homeowner, how do you wish the officer to react?

Two residents of Cambridge, Tamerlan and Dzhokhar Tsarnaev, were responsible for detonating bombs at the finish line of the Boston Marathon and for killing MIT Police Officer Sean Collier. One of those responsible is dead, the other sentenced to death. Nonetheless, questions remain about the role of federal law enforcement, including its activities in the city before Collier’s killing and relationship to the Tsarnaev brothers. Will you pledge to seek a full and complete accounting of federal activity as it relates to the Tsarnaevs and the Marathon Bombing?

The Tsarnaev case concluded with the government on record as asserting that the Tsarnaevs did not make the bombs that exploded at the Marathon finish line. This raises the clear concern that there might be a bomb maker within our community. What steps will you take to reassure Cambridge that we are not harboring another terrorist?

Tamerlane Tsarnaev, like many domestic terrorists, had a history of apparent domestic violence. In 2009, he was charged by Cambridge police with slapping his wife – charges that were dropped. How do you see domestic violence as a precursor for terrorism, and how does that inform how a police department should respond to domestic violence?

Aaron Swartz, a former resident of Cambridge, committed suicide while under federal indictment for violating the Computer Fraud and Abuse Act while in Cambridge. A subsequent review of the case by the Massachusetts Institute of Technology, the supposed victim, raises question whether his actions were even a crime. This became a federal case because a Cambridge officer took a call requesting forensic assistance on his personal phone while he happened to be in the local Secret Service office. Do you believe it proper for Cambridge police officers to casually escalate a crime to federal law enforcement like this?

In terms of public safety, what do you see as the greatest risk to Cambridge?

The author is a resident of Cambridge and a member of its Broadband Task Force and Envision Cambridge Working Group.