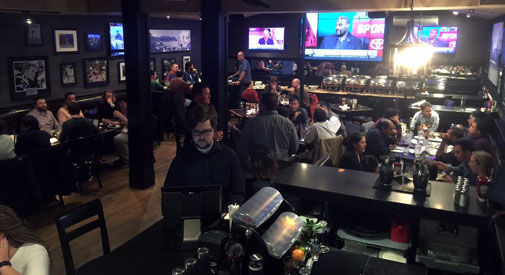 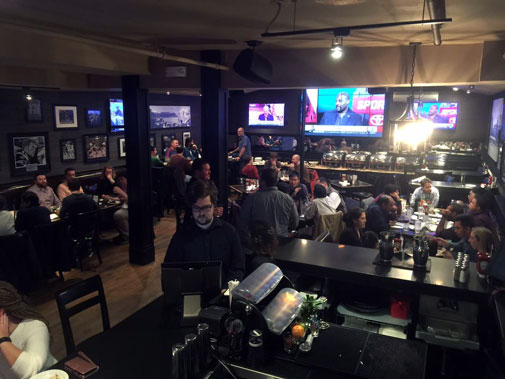 Keep an eye on Central Square’s Tavern in the Square. In early August, it will disappear.

But the 10-restaurant chain becoming a nine-restaurant chain – losing the spot that launched the company in 2004 – will affect fans almost not all. The new owners of the space plan to close it for around two days only before reopening as 730 Kitchen & Grill (named after its location at 730 Massachusetts Ave.) with an updated menu and new sign.

The name is also being reported as 730 Tavern and Patio.

Though bigger renovations are planned for sometime before the World Cup next summer, the restaurant, with its four dining rooms, two bars and seven televisions, will re-open with no changes to the furniture or layout, said the new owners’ attorney, Andrew Upton.

Those owners include Davidson Bettero, who was chef when the Tavern launched, and Deneir Rosa, of Oliveira’s Steak House in Somerville and manager at La Gran Manzana in East Boston. The purchase is self-financed with a third owner and member of their company, DMG Food Enterprises.

“This is their dream, to open and operate their own restaurant. They are putting up their savings,” Upton told the License Commission last month.

The concept, as commission chairwoman Nicole Murati Ferrer confirmed with Bettero, Rosa and Upton, was “more or less the same concept but better?”

“It’s an updated sports bar,” Bettero confirmed, but with fresher ingredients, better quality and updated beers and wine that offer “an opportunity to freshen up and make everything from scratch.”

There’s a Tavern in Porter Square, as well, and locations in Allston and North Station and South Station. The most recent addition by the chain’s owners, JMR Restaurant, was in Littleton, in November.

But the Porter location looks to be becoming a Shaking Crab seafood restaurant, a small chain with locations in Newton and Quincy as well as in New York City that is also looking at space near Boston Common. Boston Restaurant Talk reported the possibility in early July.

Upton said the Central Square Tavern remains “a popular location, but [JMR’s] owners have decided to sell to focus on their other restaurants and real estate holdings.”

This post was updated Aug. 2, 2017, with information about Tavern in the Square’s Porter Square location.