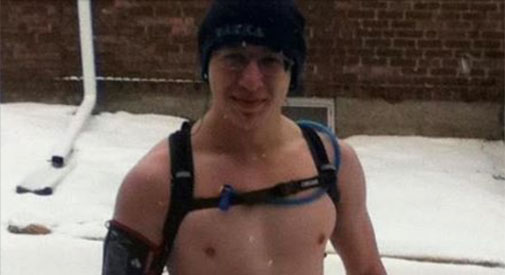 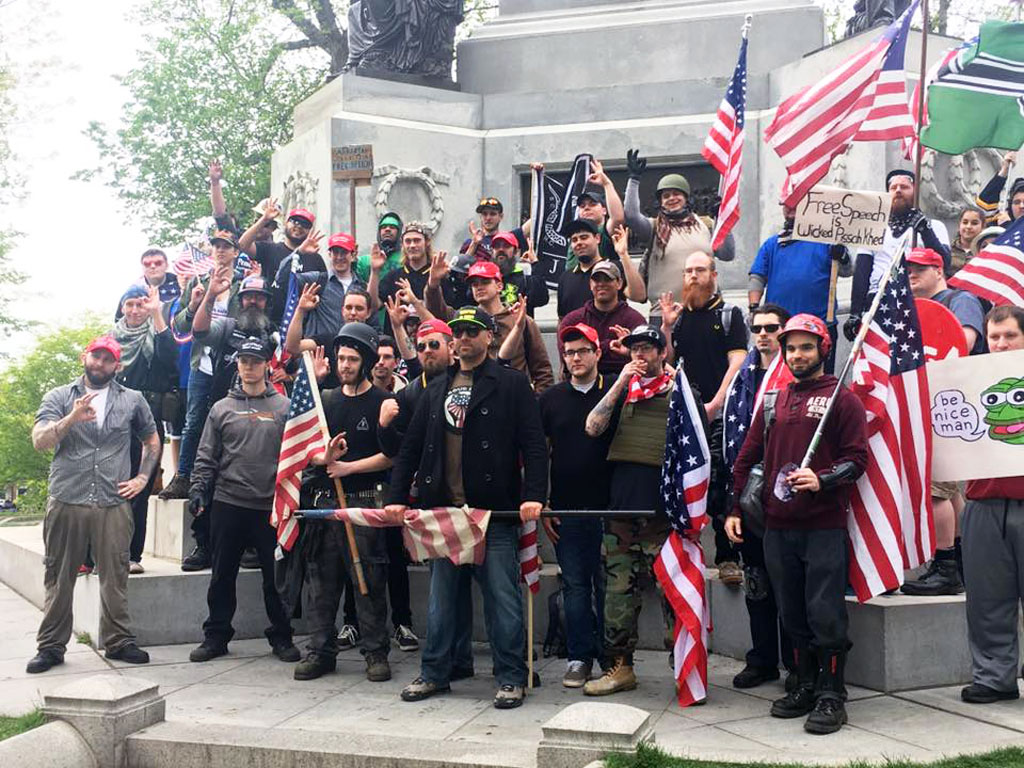 Boston Free Speech posted this picture on Facebook after its first Boston Common rally May 15.

Concerns about restrictions on free speech and the First Amendment are what’s driving Cambridge resident Alexander Sender to help organize a “Free Speech Rally” planned for Saturday on Boston Common. But during an interview at his home Tuesday, he did not want to give examples.

“Some of us had concerns that the First Amendment and free speech were being impeded upon over the past couple of years. [We’re] concerned you can’t really say what’s on your mind without repercussions in your personal and professional lives. I’ve heard of people getting fired from jobs and being verbally harassed,” Sender said. “They just want to be able to say what’s on their minds.”

What was he talking about? What were examples that came to mind? He didn’t want to say.

Alexander Sender, a co-organizer of a Free Speech Rally planned for Saturday, made his Facebook page private Tuesday.

Sender, 23, spoke outside his modest family unit on Holden Circle. Though the property is owned by Harvard, he has no connection with the university aside from paying it rent. He declined to be recorded or have his picture taken, saying he’s “nothing special, and I have no desire for fame, though that’s what I’m getting.”

The reason for interest in this second rally by the Boston Free Speech group and the New Free Speech Movement – another was held on Boston Common in May, he said, drawing fewer than 500 people – is its overlap with a rally in Charlottesville, Va., over the weekend where white supremacist groups and neo-Nazis were met by anti-fascist protesters, leading to violent clashes and an incident in which a man described as having a fascination for Hitler and Nazis drove at high speed into a crowd. The Charlottesville and Boston rallies had speakers in common, though speakers have been pulling out of the Saturday event.

“This is about free speech, about celebrating the First Amendment. It’s not connected with events in Virginia or with those organizations,” Sender said. “I don’t know who went to Virginia, who those speakers were. We have mixed information on who intends to speak.”

Speakers Augustus Invictus, a Holocaust denier and promoter of eugenics and civil war, and Gavin McInnes, co-founder of Vice and of an alt-right “fraternity” called the Proud Boys, were in Charlottesville and scheduled for Boston’s event as well. The Oath Keepers group says it will have members on Boston Common to “assist with security” along with “other patriot groups (Kyle Chapman’s FOAK, Proud Boys, Three Percenters, bikers, etc.).”

It’s unclear how many people will come to the Boston Free Speech rally. Sender estimated attendance anywhere between 500 and 1,000. The Facebook event page lists 188 people as going and 281 as interested in attending; a counter protest organized by Violence In Boston and other groups, including Black Lives Matter Cambridge, has 6,400 people listed on Facebook as going and another 17,000 as being interested.

Boston Free Speech is described by Sender as a handful of young men who “don’t want to be associated with white supremacist groups. We’re just a bunch of guys on the Internet, really.”

“I do not consider myself part of the alt-right at all … I don’t want to be associated with Hitler in the slightest,” he send, suggesting that “it would be unwise” to conflate him, his group or “people running around in red ‘Make America Great Again’ hats posting pictures that may or may not offend people” with hate groups such as the Ku Klux Klan. He wanted James Alex Fields, the driver of the car in Charlottesville, “brought to justice to the full extent of the law.”

Despite not wanting to be associated with hate groups, he said anyone was invited to come to the Saturday rally to speak, because he thinks everyone should be able to speak their mind. If it’s going to draw controversy, “there’s nothing I can do about that.”

As for himself, “I don’t think negatively of anyone,” including Muslims. Asked about his own reference online to “Islamist animals. Don’t come whining to me about ‘Not all Muslims’” he said that was a reference to Isis “and their ilk … because they should be condemned” for their violence. “They’re a terrorist organization recognized around the globe. I would defer to the [military] to take care of them.” (Shortly after the interview between 3 and 4 p.m. Tuesday, Sender blocked public access to his Facebook page.)

When reminded that the Ku Klux Klan, neo-Nazis and various other white supremacist groups have also been labeled as terrorist organizations, Sender said, “I have yet to see the KKK.”

After much prodding, Sender did come up with an example of free speech rights being impeded in a way he hoped his rally would help prevent. Though he said he didn’t remember the topic that was found controversial, he remembered a University of Missouri professor being “driven off campus” after he or she “openly disagreed with students” leading to an action in which students “basically took the professor hostage.”

While it’s almost impossible to know what Sender was talking about, the incident that most closely fits his vague description concerns Melissa Click, a mass media professor who was fired after being caught on video in 2015 blocking student journalists from filming activists, even calling for “some muscle” to help keep the journalists out and prevent them from engaging in activities considered protected by the First Amendment and free speech. While it’s a bizarre example to cite, it was difficult to identify any other examples online of fired Mizzou professors that came even that close to what Sender described.

The Free Speech Movement has also tweeted that its goals, and that of the Saturday rally, is to “preserve the First Amendment while promoting a dialogue for the people to debate their differences in a respectful and peaceful [way],” yet the First Amendment refers only to government restrictions on speech and assembly. While the University of Missouri is taxpayer-funded, making Click’s firing a First Amendment issue seems a stretch.

Asked his understanding of the First Amendment, Sender said it was “to be able to say what’s on your mind without negative political repercussions. The ability to disagree and no one’s going to get locked up for it.”

He struggled to draw a direct connection between his First Amendment concerns and the sole example he’d given of free speech restrictions.