‘American Assassin’: Back for vengeance, this lad puts the ‘bore’ in going full-bore 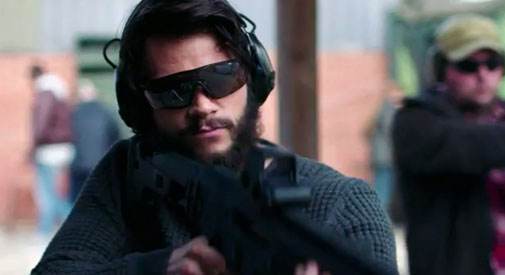 ‘American Assassin’: Back for vengeance, this lad puts the ‘bore’ in going full-bore

It’s got to be more than just a tad coincidental that the jingoistic revenge fantasy “American Assassin” comes out on the tail of the anniversary of one of the most disquieting days in our country’s recent history – you can almost see the studio bean counters hovering over the calendar and rubbing their hands. Bristling bravado and vengeance drive the film based on Vince Flynn’s best-selling novel and directed by reliable TV helmer Michael Cuesta, who showed such promise with his edgy coming-of-age drama “L.I.E.” (2001). It’s a fairly-straight ahead go that reaches for the technocratic wizardry of Tom Clancy and frenetic energy of Robert Ludlum, but succeeds only in aspiration. The one thing the posse of screenwriters and Cuesta leave out is character development: It’s hard to have a hard-boiled thriller if your hard-ass is a cardboard cutout with nothing interesting to say. Running at under just two hours, “Assassin” feels longer than it should, and you never get that necessary pang of empathy to keep your head in the game. 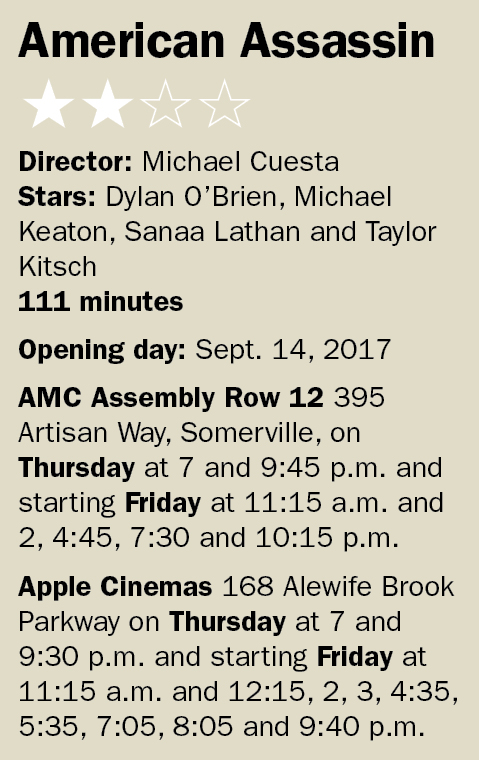 What’s to know? We catch up with buff, baby-faced Mitch Rapp (Dylan O’Brien) on vacation with his girlfriend, enjoying the sea and sun at a fancy European resort. Just as he proposes, a boatload of jihadis show up and efficiently blow away dozens of vacationers – including Rapp’s betrothed. Eighteen months later, Rapp’s in the middle of a maverick mission to infiltrate a terrorist cell and take out the extremists who upended his life. He gets pretty far, too, but covertly peeking in on all the Arabic back-and-forth is the CIA, which, after extracting Rapp, can’t decide whether to imprison  him or fold him into their covert-ops arm run by a former Navy SEAL stud by the name of Hurley (Michael Keaton, who looks a bit lost until getting to bite into a big juicy ham and channel his “Beetlejuice” gonzo badass during a torture scene).

The latter happens, and inert lines fall from the lips of agency higher-ups in a bunker full of video monitors extolling Rapp’s exceptionalness – though to me he seemed no more remarkable than the next slab of beef at the commando training site. We’re halfway in and besides registering Rapp’s pretty-boy looks and searing loss, what do we know? We know he’s mad as hell (that horse gets kicked to near fossilization), but do we know his career aspirations in his previous life, his favorite football team or how he likes his steak? We get nothing except that he studied at an Ivy League school; given the slack name drop, it only inflames his generic awesomeness. Rapp proves a bland yet effective killing machine, but Jason Bourne or Jack Ryan he’s not. Those guys had palpable backstories that endeared and presented them with challenges in the field and under duress. In addition, as the focus on the world-hopping plot pulls out we learn Rapp has to deal with a rogue nuke and the Iranian government; Russian heavies; and a pissed-off former Navy SEAL (Taylor Kitsch, whose generic turn in “John Carter” might serve as a bellwether for O’Brien). Generally, more baddies to beat down is a good thing, but in “Assassin” these are just more distractions diluting an already watered-down affair.

As far as O’Brien and his stardom stock goes, the “Maze Runner” star is serviceable in a barely serviceable vehicle. Given the stilted framework and lack of effect, “Assassin” would have been far more fun if one of the “Expendables” were in the lead – think Schwarzenegger, Lundgren or Van Damme; bad lines chewed by over-enunciating, square-jawed behemoths don’t score Oscars, but they do make for box office gold. For a “Section 8 with an ax to grind,” Rapp doesn’t bear much of an edge; he’s got only hipster millennial nonchalance and the occasional wiseass quip. If this were the battle of the sexes, “Atomic Blonde” would have this blanched pap on its knees in two moves.