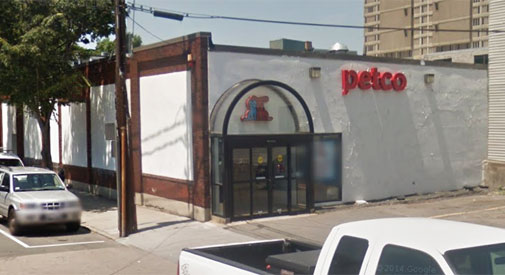 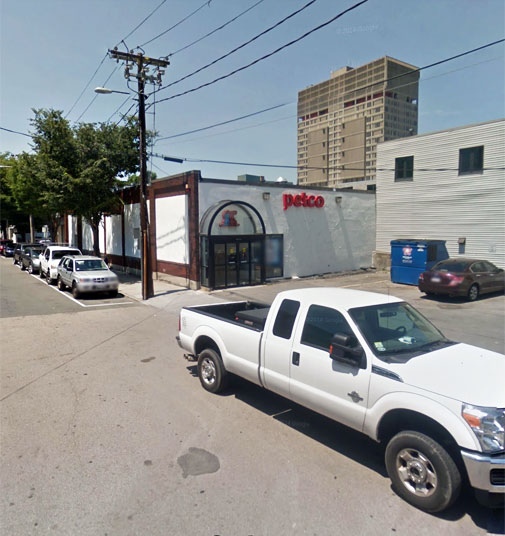 The Petco on First and Charles streets will close Jan. 27. (Image: Google)

Petco is pulling out of Cambridge next year, shutting down its First Street store with blame for a law passed in August against sales of certain animals.

“We’ve made the difficult decision to close our doors here when our lease ends” on Jan. 27, said the store’s Josephine Sasso and company chief executive Brad Weston in a letter to customers dated Sunday. “We love serving you and your pets here and we absolutely want to continue doing so, but our business model simply doesn’t work without animals.”

The store doesn’t sell dogs, cats or rabbits, but removing fish, reptiles, small birds and animals such as hamsters and guinea pigs would empty a quarter of the 119 First St. store, they said. The store, listed officially at 21 Charles St., is 13,000 square feet.

“The decision to pass this ordinance was based on the opinions of a select few, and does not necessarily reflect the wishes or sentiments of the entire Cambridge community,” the letter said.

Public comment when the law was being considered was overwhelmingly in favor of putting controls on pet shop animal sales, which often lead to abandonment by owners – last year, almost 28 percent of small mammals, reptiles and birds taken in by the Massachusetts Society for the Prevention of Cruelty to Animals were bought from pet shops, the organization said – and involve animals with health problems brought about by bad breeding practices.

The ordinance that passed Aug. 7 after a long City Council process didn’t ban the sale of animals – it said they had to come from a shelter or rescue organization. Vice mayor Marc McGovern, who shepherded the law to passage, said he and the MSPCA met with pet shop owners more than a half-dozen times in crafting the legislation, and agreed to a yearlong phase-in and an 18-month working group to pin down how shelter sales would work.

McGovern said in August that he was unsure how the working group would accomplish its mission “if we’re going to be at the table with people who misrepresent what we do.”

Petco stores will remain open in Medford and Brighton, but Cambridge still has a number of smaller pet stores and a large one: A PetSmart plans to remains open at 160 Alewife Brook Parkway, a worker there said. The location doesn’t sell cats and dogs, but facilitates adoption by listing animals available at shelters; the store may stock other pets for sale through an arrangement with the Animal Rescue League of Boston.