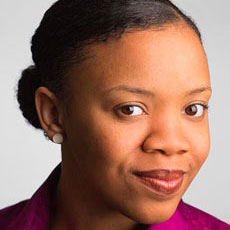 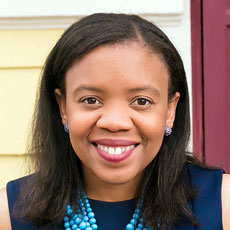 A School Committee member since 2016, Manikka Bowman says she knew early in life she would run for public office. She grew up in the black church and saw role models in her own pastor and others who balanced faith leadership with active involvement in civic life. “I come from humble beginnings,” in Lake Charles, La., she says, then received a bachelor’s degree in sociology from Bethune-Cookman University, a historically black college in Florida. She received double master’s degrees in in urban policy and Divinity at Georgia State University and Columbia Theological Seminary – “the first person ever to graduate from the dual Master’s program,” she says. After graduation, she “came to Cambridge with $1,200 to my name and a ton of student debt.”

Her professional life has centered around nonprofits and philanthropic work, including Massachusetts Interfaith Committee for Worker Justice, her first job here; Community Builders, BJ’s Charitable Foundation and Health Resources in Action; and now, the Urban Land Institute. She is also an ordained clergywoman and a board member for the YWCA Cambridge. She is the mother of a nearly 4-year old.

Bowman sees power in the intersection of moral voice with public life. “I want to live in that intersection as a woman, and to lift up the needs of everyday people who depend on these systems to educate their kids,” she has said. She grew up in subsidized housing and knows firsthand the importance of education and the power of high expectations and role models. “I grew up in area where 80 percent of the teachers were teachers of color. I always thought college was a given for me. We need to show students as well as tell them” what is out there for them. Bowman believes there must be a high standard of excellence, regardless of the racial and socioeconomic makeup of schools.

Universal pre-kindergarten. Investing in pre-K will stop the achievement gap before it starts. With a high tax base and an economically diverse student body, the city is in a unique position to be a leader in educational outcomes by creating universal pre-K for all residents. Currently, Cambridge spends about $27,000 per pupil. It is one of the highest student-spending ratios in the state. If money is not the issue, then what is? As the parent of a toddler and someone who has worked in early education policy, I understand the importance of investing in children during this developmental stage.

These issues have a direct impact on how teachers and administrators are able to do their jobs. I want them to be a part of policy conversations and inform decision-making to address the unique makeup of our district so we can improve academic outcomes for all students.

Supporting minorities and girls. As a committee member, I will elevate the issues of girls, minorities and high-needs families. Currently, 50 percent of the school district is minority and about half are female. Through my service, I want students that face educational challenges to know they have a place in public life and Cambridge Public Schools.

As a black woman who has moved from being disadvantaged to the middle class, I believe it is important to have individuals from diverse backgrounds influencing policy at every level. It is no secret that women of color are underrepresented in public office. I am running because I fundamentally believe that must change.

Bowman’s statement to the Cambridge Education Association is here.

Bowman’s commitment to order and process is a major trait in her School Committee work. Her subcommittee on buildings and grounds worked with administration to methodically recodify the district’s fee structure for outside users, and she advocates pushing the city to be more proactive on planning more than a couple of years into the future about school building needs and use. The draft recodification, though, threatened the business model of the North Family Cambridge Opera, a long-running community arts group that uses school buildings – a threat averted by fellow members Patty Nolan and Fred Fantini’s deeper knowledge of the kinds of organizations that use the school buildings. This shows the importance of knowing the district very well when implementing policies. Bowman’s admirable call to think more “intentionally” about long-term goals in policy issues, though, in reality dramatically slowed down work as issues were deferred to subcommittees that don’t meet or delayed until after the superintendent’s “on-boarding” and district framework are completed. Bowman also persists in trying to take outsized credit for some things she has been a part of – including non-punitive policies for discipline, Superintendent Kenneth Salim’s district planning process and the provision of free sanitary products for students. CRLS students drove that project at their school; Bowman, though, gets credit for the lower schools. One issue is that while the $38,000 committee job is described as part-time, most of her colleagues have chosen to work full-time or close to it at the position, while Bowman holds down a full-time job and board positions – putting her at a clear disadvantage, even though it may not seem fair.