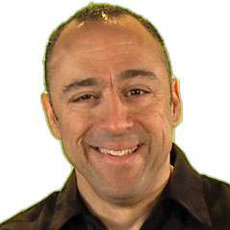 Santos was born and raised in New Bedford and Dartmouth, the grandson of Portuguese immigrants. In high school, he covered sports for the school and local papers; while attending Northeastern University discovered another interest – politics. In 1986 he worked as a press intern for Michael Dukakis, who was then governor, and worked on the 1984 and 1988 Gary Hart presidential campaigns. He returned to sportscasting, pivoting to political coverage after noticing a segregated locker room in 1989. “Being honest with myself as a young journalist, [I thought] there has to be more than just balls and strikes,” he has said. Voters may recognize his voice from the old Air America progressive radio programming, or his current weekly “Jeff Santos Show” on the Revolution Radio Network, though the show now airs only in Milwaukee and Sarasota, Fla.; Federal Communications Commission regulations demanded the show be taken off the air in Boston when Santos announced his candidacy. (He said he will continue with his work regardless whether he wins a seat on the council.)

Affordable housing. I support the 20 percent inclusionary zoning law, but I would like to add a rent-to-own option that is part of the solution to keep Cambridge citizens from leaving the city due to the outrageous cost of homes.

Fixing the MBTA. Cambridge has six T stops and has to lead the way, though the work must include other communities. It is important for the city to have an effective MBTA, and along with it, light rail to reduce our carbon footprint.

Protecting small businesses, which are closing due to high rent and ineffective city policies regarding parking. I would like to change how we pay for parking; more inexpensive public parking garages; to increase open space on top of the garages; and create more bike paths along rail lines.

Our Revolution (national): “Jeff has  been a nationally syndicated progressive talk show host for 18 years. Before that he was a news producer, reporter and a political consultant working with progressive candidates running for local and national office. He has also volunteered on many campaigns, including Gary Hart, Bob Kerry, Harris Wofford, John Kerry and Bernie Sanders. As a talk show host, Jeff has given a platform to leaders on racial and social justice issues , income inequality, trade issues, education issues, infrastructure and many others. These are the values Jeff believes in, has spoken about and will continue to work on in as a city councillor.”

The National Association of Government Employees

Santos’ focus on fixing public transportation is spot on, and we like his rent-to-own concept for housing. Though he wouldn’t be the first politician with a radio show, his plan to remain a broadcaster while serving as city councillor feels uncomfortable. It’s odd to think he would follow through on his promise to use the platform to advocate nationwide specifically for Cambridge or for regional solutions (such as would be needed for better public transportation). If that’s the case, there’s also nothing preventing him from using his radio show and broader voice in the community to advocate for municipal solutions even if he’s not a city councillor.