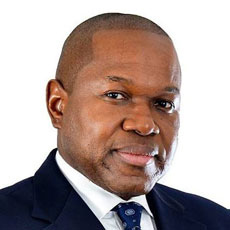 Benjamin, a Haitian-American who grew up in Long Island, N.Y., holds a bachelor’s degree from York College of the City University of New York and arrived in Cambridge in 1998 to pursue a degree in government at the Harvard Extension School. He also has a master’s from the University of Massachusetts at Boston and two years of medical school course work from Tufts University of Medicine, and runs his own home health agency specializing in geriatric care. He is a long time member of St. Paul’s AME Church. He said he was inspired to run for City Council to correct a problem resulting from the city’s financial success: As Cambridge has become more expensive, people have moved away, and there’s a tendency among new residents to not be as involved with community, as well as an effect of gentrification that makes minority and lower-income populations feel out of place in the city.

Jobs and economic empowerment. “We have all seen an increase in the cost of living in Cambridge within the past few years. Yet many of our salaries have not kept up with these changes. That is why I support the $15 minimum wage increase. I support job preference to Cambridge residents in getting jobs in the city and would like to establish a plan that will verify that Cambridge residents are considered first. The key to growing our community is by supporting small businesses and start up enterprises in all our communities across socio economic and cultural lines. No one should be left behind, therefore we can create focused job training for adults and youth through our local high schools, colleges, and tech companies.”

Immigrants’ right to vote: “Many Cambridge residents are immigrants who pay their taxes, own businesses, send their children to Cambridge public schools and respectfully abide by the laws. Yet they are not represented. As an immigrant myself, I want to ensure they are fairly represented. I fully support the recent petition to give non-citizen residents of Cambridge the right to vote in City Council and School Committee elections and believe this will encourage the disenfranchised to more freely participate in how our city operates.”

Senior empowerment: “Cambridge seniors represent close to 20 percent of the population and are one of the greatest assets to our community. Most of these residents have lived in Cambridge, raised their children here and contributed to the growth and stability of our city. As such, we should promote more active senior community engagement. We should support better regulation that would help improve seniors quality of life which will allow them to grow older in their home. To make our neighborhoods more welcoming and safer for seniors, I support regulations that would improve safer streets, better lighting, more benches, sidewalks and bus shelters.”

Housing affordability: “ I will support new measures that would increase the amount and allocation of affordable housing in new apartment and condominiums being built by developers. I also support regulation that will make it easier for low and medium income family who are first-time homebuyers to purchase a home in the city and get support from the city for this.”

Benjamin’s concerns about Cambridge gentrification and alienation are valid, and his heart is in the right place in pursuing solutions. But it’s worrisome that on his major claim to involvement in public policy – the affordable housing expiring at Rindge Towers in 2020 – he claims victory merely for talking with the owner of some of the property and getting an assurance that he would be happy to see the arrangement continue. There’s more to it, and Benjamin either missing or misrepresenting that is not a good sign, especially when voters have more expert and detail-oriented candidates to look to.