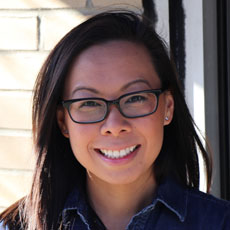 Sivongxay and her family fled Laos to escape the aftermath of the Vietnam War and civil war. They spent two years in refugee camps in Thailand and the Philippines before coming to the United States in 1986. After graduating from Suffolk University Law School and passing the bar, Sivongxay opened a law practice to help entrepreneurs realize their small-business dreams and guide immigrants through the complex immigration system. She has recently been director of public policy for Boston City Council District 7, where she initiated conversations to create Reclaim Roxbury, a community-driven effort to advocate for urban development, and organized legislative hearings and facilitated conversations among tenant advocates, landlords and lawyers, resulting in a landmark agreement protecting affordable housing.

She is also a trustee of the Harry H. Dow Memorial Legal Assistance Fund, where she fundraises to ensure access to legal services for Asian Americans facing barriers such as language, race, culture, poverty or immigration status, and a director of the Asian American Lawyers Association of Massachusetts. She volunteers weekly at the Cambridge Women’s Center.

Build a stronger workforce development pipeline for youth and adults by increasing partnerships with higher education, research and nonprofit organizations, and engaging the business community to connect youth and adults with living-wage jobs.

Expand access to quality early education and child care so that families have a chance to climb up the ladder of opportunity.

Cambridge Residents Alliance: “Vatsady Sivongxay is an attorney, community advocate and refugee immigrant who knows how to take problems to solutions through policy and community engagement development. She supports stronger tenant protections, expansion of inclusionary zoning requirements for affordable housing for lower- to middle-income households and increases in university housing. As a mother, she is passionate about maintaining healthy, connected neighborhoods that support families.”

People For the American Way’s Next Up Victory Fund

In the coming wrangles over housing and affordable housing, Sivongxay’s experience in Boston could provide the edge the city needs in creativity and shrewdness. Her work as a lawyer and as a guide for small-business owners and her insight as an immigrant are assets city voters would be wise to bring on board for the coming years; the legislation that passes after the release of the citywide development master plan will likely be make-or-break for Cambridge’s identity as a community, and smarts and reason such as Sivongxay’s will be vital to have at the table.