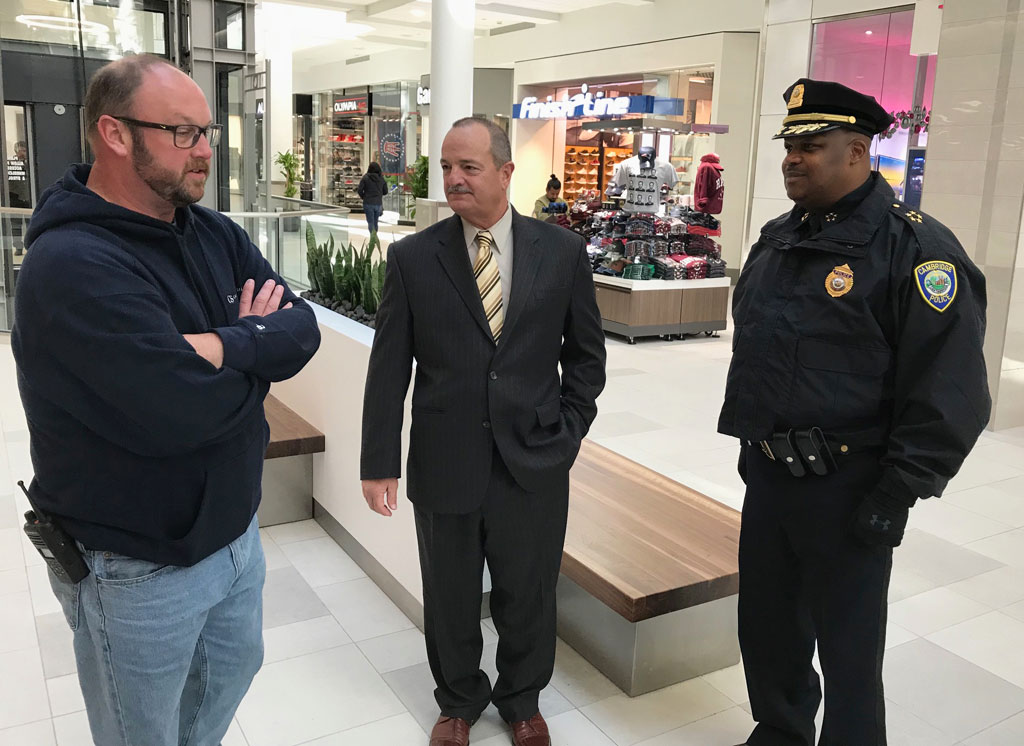 For the observation of Veterans Day, Cambridge Police Commissioner Branville G. Bard observed it from the perspective of one of his officers – he took the scheduled shift of an officer who served in the Coast Guard, and that officer got the day off.

“It’s believed to be the first time this act has been done in the history of the department as a way to demonstrate appreciation for our veterans,” said Jeremy Warnick, director of communications and media relations for Cambridge police.

It’s not something Bard has seen done in other departments, he said.

“As Americans, we are forever indebted to our veterans and their service to our country. As a small way to demonstrate my appreciation for our officers who served, I felt that taking over one of their shifts for the day was the least that I could do,” Bard said.

The morning shift that normally would have fallen to Officer Andrew Topouzoglou today included a call for a disabled vehicle, multiple motor vehicle stops and a patrol of the CambridgeSide Mall, Warnick said.

This post took significant amounts of material from a press release. The name of the officer and Coast Guard veteran was corrected Nov. 10, 2017.