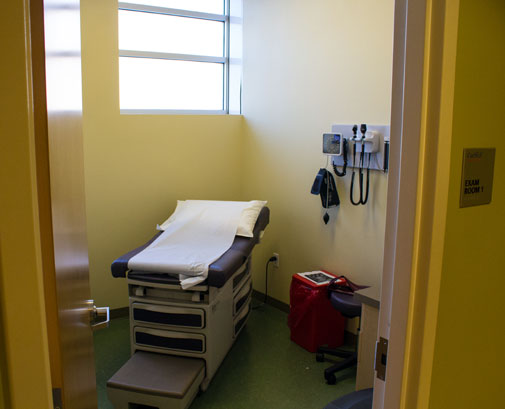 CareWell draws complaints, and not all costs there may be covered
By Sue Reinert 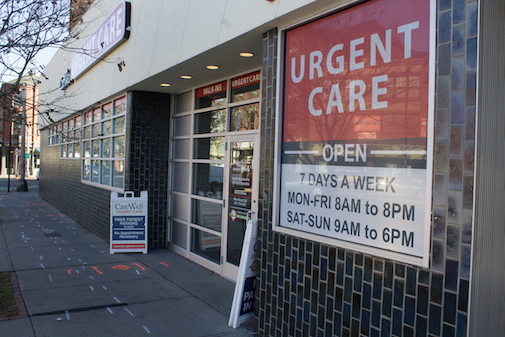 The Alliance announced the partnership in an email to its patients this month. “Sometimes you need health care at off-hours or when your primary care team isn’t available,” the message said. It linked to CareWell’s website, noting that the company has clinics in Cambridge and Somerville.

CareWell opened its first Cambridge location in 2014, across the street from a CHA doctors’ office in Inman Square. At the time, a CareWell official said the company doesn’t see itself as competing with doctors and hospital emergency rooms and wanted to collaborate with other providers. CareWell now has another clinic near Fresh Pond and a site at 349 Broadway in the Winter Hill neighborhood of Somerville.

The company, founded in 2012, operates 16 clinics in Massachusetts and one in Rhode Island that offer treatment for uncomplicated injuries and minor illness such as fractures, rashes and flu. Its centers have doctors on staff and can provide X-rays and laboratory tests onsite. CareWell has clinical agreements similar to the one with the Alliance with Lahey Clinic in Burlington and UMass Memorial Health Care in Worcester.

The Alliance message this month also promoted a new Beth Israel Deaconess Medical Center urgent care center in Chelsea for patients who live there and in Everett and Revere. The Alliance has a much more extensive clinical affiliation with the Boston hospital; the two health care systems merged electronic medical records systems several years ago.

CareWell offers treatment for uncomplicated injuries and illness such as fractures, rashes and flu.

Alliance spokesman David Cecere said the CareWell partnership is not financial. Making CareWell a “preferred option for urgent care needs” with shared records improves coordination of care and “allows us to take better care of our primary care patients,” Cecere said in an email.

Some lower-income CHA patients may find that their treatment at CareWell isn’t covered by state programs that help needy people with medical bills. Although CareWell accepts most MassHealth programs, which provide comprehensive care for low-income individuals and families, it does not accept MassHealth Limited or MassHealth Family Assistance, its website says. MassHealth Limited covers emergency care for undocumented immigrants; Family Assistance covers some children, working adults and people with HIV.

CareWell also isn’t part of the Health Safety Net program, which helps pay medical bills and drug costs for lower-income people with no insurance or limited coverage. Alliance doctors are part of Health Safety Net, so their patients would be covered by the benefit.

Cambridge Health Alliance is the state’s second-largest provider of care to poor and uninsured patients.

Cecere acknowledged that Health Safety Net patients would have to pay in full for their care at CareWell, but noted that they would not be covered at any free-standing urgent care clinic, and said the affiliation helps patients by improving coordination of care.

Most health insurance plans charge a lower copay for urgent care than for an emergency room visit, he said. “CareWell is covered by most insurance plans. We believe it is a good option for many of our patients and continue to look for ways to improve health by aligning and integrating care across all settings for our patients,” Cecere said.

CareWell also has a poor rating from the Better Business Bureau – a D+, primarily because there’s been a series of complaints to the bureau in the past couple of years, and because CareWell has let one of those nine complaints go unanswered, according to the website.

Eight of the complaints involve billing, with patients saying CareWell retained their credit card information in its system after they had paid what they believed they owed, and the company charged their cards for further payments. Patients also complained that CareWell didn’t refund payments after their insurance companies had paid the clinic in full, and when they sought a refund they couldn’t get a response.

In five cases CareWell gave a refund, though only after the bureau got involved. In a sixth complaint, the company said it would remove the patient’s credit card information from its records. In the other two billing complaints, CareWell said the extra charges were for the patient’s insurance deductible.

All the billing complaints were made in 2016 and this year. CareWell did not respond to a 2015 complaint from a consumer who wanted CareWell to stop sending advertisements to his or her post office box, according to the bureau.

In an email, CareWell spokeswoman Karen Laverty said the company requires patients to authorize the company to save their credit card information when they register for treatment. She said CareWell established the “‘credit card on file’” system to “allow for smoother transactions and billing” and added that it is a “growing trend in the health care industry.”

CareWell and a patient’s insurance company send patients a rundown of charges and the amount paid by insurance, with a statement of what the patient owes, Laverty said. “This is separate from copays,” she said. CareWell then gives a week’s notice before charging a patient’s credit card, she said.

“Providing the highest-quality medical care and customer service is a top priority at CareWell. Billing is a complicated issue across the health care industry and we do our best to maintain transparency with our patients,” Laverty said. She reiterated one of the CareWell’s major selling points: that urgent care is “a faster and lower-cost alternative to emergency rooms.”