‘I, Tonya’: Skater absorbed too well lesson about being a tough Olympics competitor 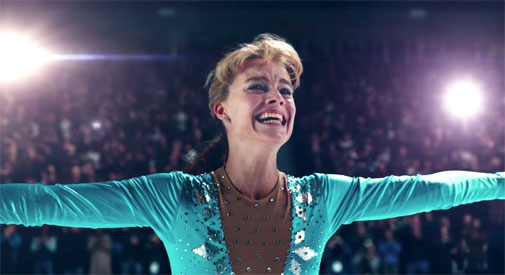 ‘I, Tonya’: Skater absorbed too well lesson about being a tough Olympics competitor

Quite the year, 1994. O.J. dominated the news. “Pulp Fiction” minted Harvey Weinstein and Quentin Tarantino as Hollywood heavy hitters. Then there was the sad saga of Tonya and Nancy, a relative footnote by comparison but gonzo enough to become tabloid fodder and seize the public’s attention. We all know what happened – or think we do: The darling and the obstreperous outsider going toe loop to toe loop, vying to be America’s figure-skating princess, then a lead pipe to the knee and instant villainy. Trial by press, as we’ve come to know so well these days, can be swift and without appeal. Such seemed to be the case for Tonya Harding after the hit on rival Nancy Kerrigan during their competition in Detroit preceding the Winter Olympics in Lillehammer, Norway. 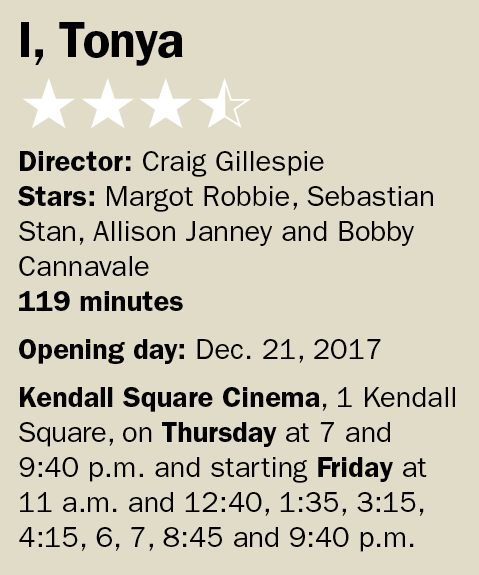 Less interested in right or wrong or justifications than it is about soul and motivation, Craig Gillespie’s sharp, witty “I, Tonya” plays fast and loose as it untangles the messy threads of Harding’s life, from humble origins with a controlling – if not abusive – mother to the fierce competitive could-be and a multitude of poor choices.

Screenwriter Steven Rogers, best known for his work on rom-coms such as “Hope Floats” and “Stepmom” (both in 1998) dug deep into the archival footage and interviewed the interested parties (Harding was involved in helping craft the narrative) to pull together what one might describe as the American Dream gone sideways. Just how close to the truth “I, Tonya” comes might be debatable, but it’s a wondrously compelling human drama armed with the fangs of dark comedy and fueled by outré plot twits that feel lifted right out of “Fargo” – a winning formula if ever there was one.

One of the film’s biggest surprises is the shoehorning of toothsome actress Margot Robbie (“Suicide Squad” and “The Big Short”) into the role of Harding, who in her skating prime was nearly a half-foot shorter and far more athletically compact than her Australian portrayer – and then there’s that persistent, pugnacious countenance. It’s a counterintuitive casting that pays dividends and a nice stretch for Robbie, who should see her stock blossom after such a challenging and nuanced turn. The film’s big wins come in the rich potpourri of personality that surround Robbie’s Harding and the quirky narrative devices that emboss the rewind, most notably the pseudo-mockumentary style and the in-the-moment character asides to give spin on dubious actions unfolding.

Holding center court and nearly unrecognizable in a cropped bob and bug-eyed glasses as Harding’s mother, LaVona, Allison Janney turns in a tour de force. “Nice gets you nowhere,” LaVona spits through her teeth at a young Tonya while bullying her way onto the ice to garner the attention of a local figure-skating coach who knows how to get girls to the Olympics (Julianne Nicholson, giving a wonderfully compassionate and understated performance). Then there’s Sebastian Stan (the Winter Soldier in the “Captain America” flicks) as Harding’s hubby, Jeff Gillooly, who while empathetic and less complicit that you might think, loses points when he bangs his wife’s face into the fridge. It’s amazing how well Robbie and Sebastian are able to sell an on-again, off-again relationship that seems doomed from the start; as torrid as it is at times, it’s always earnest and understandable. The best of the lot, however, is Paul Walker Hauser as the delusional, live-at-home introvert Shawn Eckhardt, who sets up the job on an ephemeral whim from Gillooly. The execution of the “hit,” while pathetic in construct, is a hilarious nugget, viewed from many POVs and gloriously saved until late in the film. It’s not the movie’s crowning jewel, but one of many – the scratchy video interrogations of the portly and pathetic Eckhardt by “Inside Edition” and the like as he clings to his status as a security expert, are near the top – and the reason why “I,Tonya” succeeds in ways that seem implausible.

Like its plucky anti-heroine, “I, Tonya” is full of grit and determination, enough to make it where pedigree, decorum and odds are stacked in opposition. It’s not so much the matter of talent, but the ability to hold the course, persevere and engage. Harding set records with the triple Axel; what Gillespie, Rogers and Robbie have notched here is nearly as limit pushing, and an apt redigestion of fact.