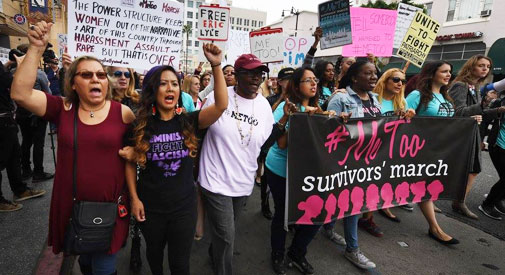 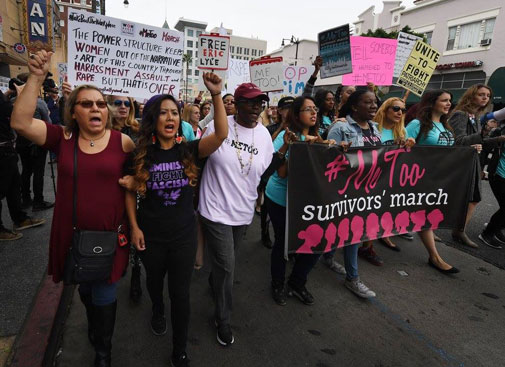 Victims of sexual harassment, sexual assault and sexual abuse and their supporters protest in November. (Photo: Me Too March International via Facebook)

Cambridge is getting its own #MeToo conversation, but not because accusations of sexual harassment or sexual assault have come to light locally.

Instead, a discussion open to the public is planned for Wednesday afternoon by Mending Cambridge, a group that engages men in challenging stereotypes around masculinity and becoming allies against gender-based violence. The group is supported through the city’s Domestic and Gender-Based Violence Prevention Initiative and Public Health Department.

“Every day, there are new revelations about sexual harassment, assault and violence by men abusing their power, authority or fame Many are wondering how can we respond when we see harassment, hear about abuse or learn about violence,” organizers said in a press release. “The group will identify ways for men and boys to take action to change the culture of discrimination, domination and violence directed against women and girls – and that robs men and boys of their humanity.”

Mending Cambridge member and expert facilitator Duane de Four will use audio recordings of high-profile incidents of sexism – some of the most prominent examples in recent weeks include film executive Harvey Weinstein, politician Roy Moore and chef Mario Batali – to guide a talk on how to interrupt harmful behaviors.

“Mending Cambridge in a #MeToo Moment” is planned for 4:30 to 6:30 p.m. Wednesday in the Media Cafe of at Cambridge Rindge and Latin School, 1670 Cambridge St., Mid-Cambridge. Light refreshments will be served.