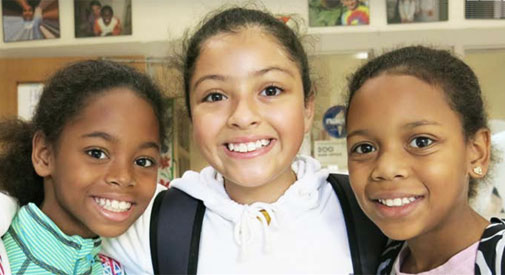 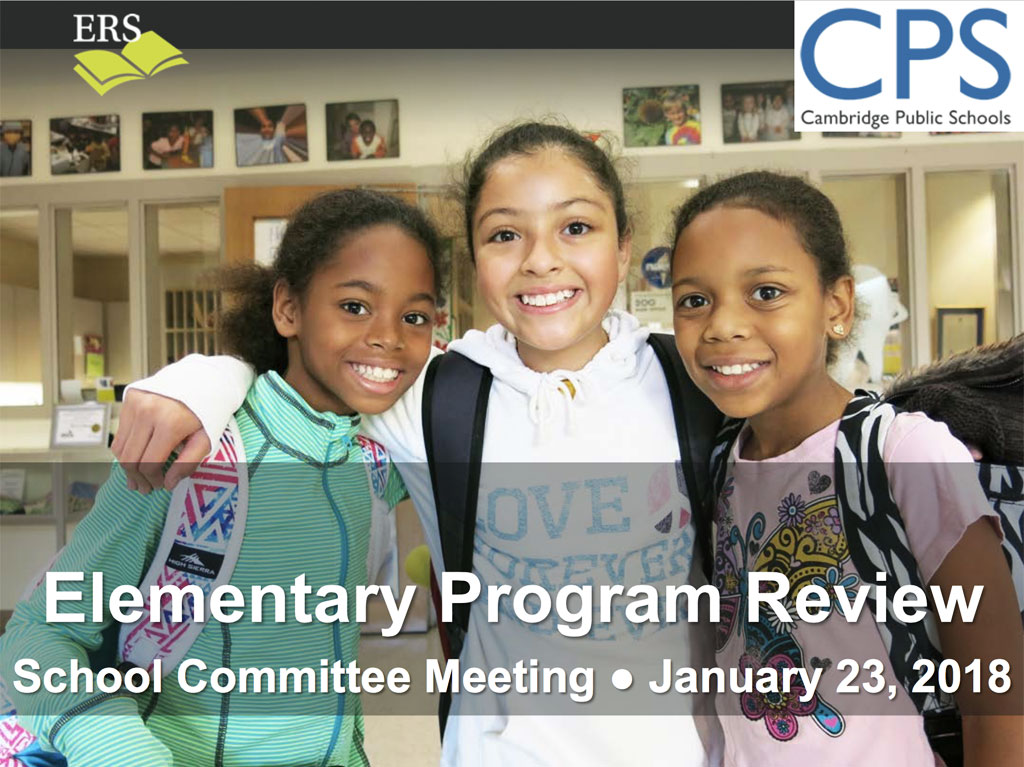 A consultant’s report presented Tuesday brought positive responses from some School Committee members. Click on the image to see the presentation.

A consultant hired to review the district’s elementary program has notably teed up deliberations to extend the school day as one of its key findings. Some School Committee members saw a welcome breakthrough in recommendations at an untelevised roundtable Tuesday to reorganize staff “more creatively” and consider a longer school day.

“This feels like you’ve opened up a box,” member Kathleen Kelly said. “We’ve talked about an extended day [before], but not concretely.” She also praised suggestions to look again at “traditional classroom models.”

David Rosenberg, of Education Resource Strategies, explained the scope of the assignment to evaluate the use and effectiveness of resources in kindergarten- through fifth-grade schools: “How much do we have, and how well do we use it?” the presentation posed. It highlighted Cambridge’s high funding levels – even adjusted, he said, for the city’s small schools and significant busing; used performance on last year’s English-language arts MCAS standardized test to compare with peer districts for economically disadvantaged students; asserted that “time is our scarcest resource – but is crucial to improving student performance”; and suggested alternative classroom organizations.

The report emphasized that Cambridge spends considerably more than any other district in the state, but the scores of its economically disadvantaged students was essentially no different than those in similar districts. (For this analysis, Attleboro, Beverly, Framingham, Haverhill, Leominster, Medford, Methuen, Peabody and Waltham.) Cambridge’s achievement gap, the researchers said, is driven largely based on economic status, noting that economically disadvantaged students in Cambridge are disproportionately students of color. 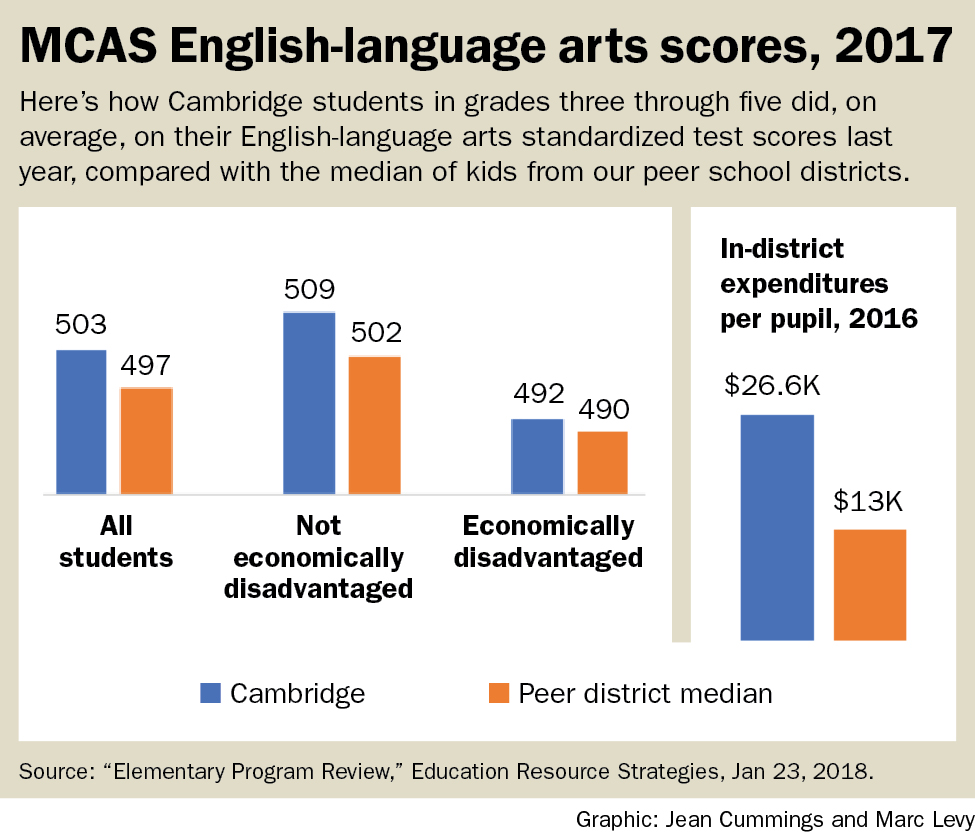 At 69 percent, the amount of education funds going to schools instead of central administration “is among the highest in ERS’ national comparison database,” the researchers said.

Distribution of funds across schools also looked equitable, with schools with “greater needs” getting more per pupil. Need was measured by the numbers of students eligible for free and reduced lunch, English-language learners and students with disabilities, ranging in the 2017-18 budget from about $15,000 per “weighted student need” for Cambridgeport, Amigos and Graham & Parks schools (although Amigos’ budget includes fifth through eighth grades, and the report described Graham & Parks as an anomaly) to $21,000 for Haggerty and $23,000 for Fletcher Maynard Academy. The variation, Rosenberg said, is attributed to different levels of student need; special populations or programs (such as English-language learners or autism spectrum classes); differences in school sizes, including the fact that small schools have the same level of fixed staff levels such as principal, librarian and art teachers; and, presumably, the longer school hours of Fletcher Maynard and Martin L. King schools, although this was not listed in the document.

A breakdown of school-based instructional and management staff full-time equivalent positions showed wide variation across schools, with significant differences related largely not to numbers of students, but rather special-needs populations, dual immersion programs and, in the case of the Tobin School, the high number of Montessori program aides.

While individual classrooms were counted, there was no information on whether numbers of students per classroom across schools were “equitable.” The report used 18 students as the typical class size of Cambridge schools – the mean of recent kindergarten- through fifth-grade classes. But actual class size ranges considerably, and member Emily Dexter argued that not taking that into account blurred understanding of resource use. 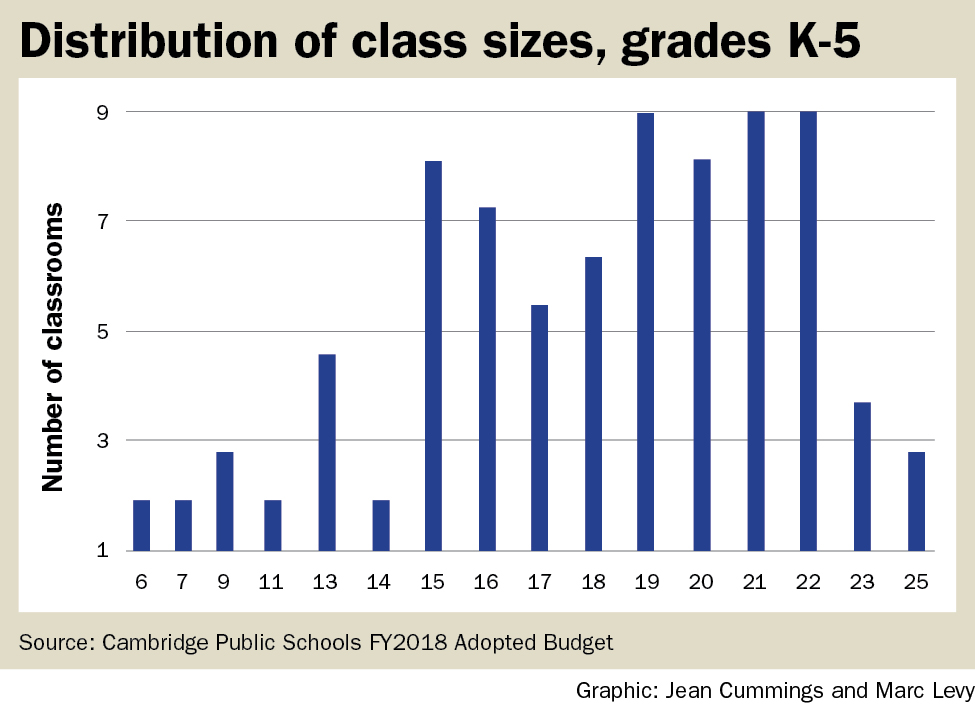 The district’s pattern of enrollment dropping as cohorts move from kindergarten through eighth grade also implied that early grades should get more resources – something not examined in the evaluation, Dexter argued.

She and member Patty Nolan also noted that the analysis did not include the impact of specific programs – is there evidence that schools benefit from bilingual programs, Montessori, Kodaly music, Reading Recovery or Response to Intervention, for example?

“The one asset where CPS lacks sufficient volume is time,” the presentation says in its summary. A chart comparing school day length among Cambridge and 14 other districts nationwide shows the extended-day programs at Fletcher Maynard and the Martin L. King at the top, and the shorter six-hour days of other schools in the bottom of the list, tied with Boston and Seattle.

A graph looks at the length of Cambridge school days and performance, based on state and school district data. Click on the image to see a larger version.

Nolan pointed out that longer days don’t explain the performance of Cambridgeport – with scores that top both Fletcher Maynard and MLK, even with a six-hour day – and Tobin, whose scores were better than Fletcher Maynard’s. The Morse School, she said, is among the highest-need schools by the consultant’s measure, yet performs at a high level for the economically disadvantaged.

A mock schedule for an extended day in Cambridge split an extra hour equally between English-language arts instruction and “intervention time.”

“I could see a longer school day with lots of different uses. Do we have proof that more ELA time needs to happen to achieve ELA goals?” Nolan said.

Along with longer school days, the other major consultant recommendation was for Cambridge to consider rethinking “classroom structure” – that is, shuffling existing staff beyond a “traditional” structure of one teacher, 18 students and specialists “pushing in and pulling out” special education students, with coaches supporting the teacher outside the classroom.

This part of the presentation drew some warm responses.

“This opens up a change in how we teach students,” Kelly said. “We’ve talked about doing this without a real model to show us how … This is an exciting moment for this district.”

But it’s not clear how radical the proposal is. The report itself shows that most principals report that they already use “small group instruction through centers”; “heterogeneous group instruction”; and “one-on-one or small group tutoring.” More than 40 percent say that they use “push-in support from special ed and other teachers.”

This post was updated Jan. 30, 2018, with an updated graph on “ELA time” provided by the school district.