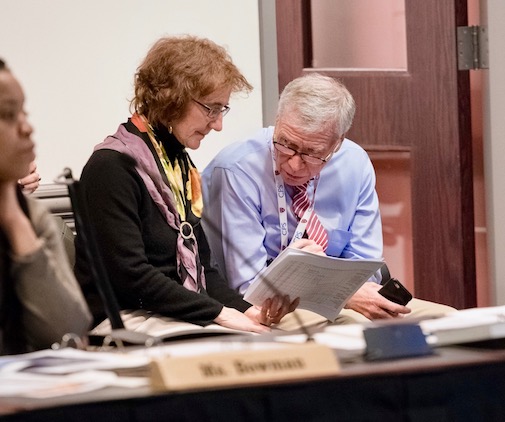 A third recent tweak was made to elementary school Chinese Immersion program admission rules this week, and though the final School Committee vote was unanimous, it did not come without pushback from some members.

Running optional bilingual programs while balancing the requirements of Cambridge’s school choice lottery is a thorny process, as seen from time to time with the Spanish Amigos School, King Open School’s Portuguese Olá program and the Dr. Martin Luther King Jr. School’s Chinese Immersion Program. The programs have to balance native language levels with socioeconomic parity as managed by a “Controlled Choice” lottery, and in Cambridge, bilingual programs have proven more attractive to upper-income families. In addition, bilingual programs are considered off-limits for “mandatory assignments” – the assigning of schools if a family gets none of three lottery choices, letting the district improve socioeconomic balance in schools.

This combination of dynamics hampers the Chinese immersion program and families who want to attend. Immersion classrooms have waitlists of families wanting to register, but also empty seats, because the waitlists were made up of “paid lunch” families, while the empty seats were reserved for “free or reduced lunch” families to preserve socioeconomic balance resembling the district’s as a whole (about 39 percent free or reduced lunch, though that number has fallen from a more stable 49 percent a decade ago).

It’s further complicated because the King School also has a non-immersion Chinese program called Ni Hao, and two years ago the school and School Committee changed rules to allow “internal transfers” – Ni Hao students could transfer into the immersion program before seats became available through the lottery. The hope was that more low-income families would be attracted to the program.

Last November, the committee addressed that problem by changing the rules for the current lottery for next fall’s kindergarten assignments to allow sibling priority over internal transfers (though grandfathering current Ni Hao kindergartners to transfer to first-grade immersion next fall).

The latest wrinkle comes perhaps from the unique difficulty of learning Mandarin. Families with one child in immersion and one still shut out – caught before the lottery rule change affecting next year’s registration – urged that their children be allowed to take empty seats. “If Avery doesn’t get into second-grade immersion,” parent Sarain Lay said, “he won’t get in at all” because he will not be able to keep up with the language in third grade. “We were lucky that our daughter got into immersion midway thru second grade,” she said. “She learned more Chinese in four months than in two years in Ni Hao.” Although the Ni Hao and immersion programs “merge” in third grade – students are in immersion classes half of each day – many Ni Hao students are transferring to the regular King School because they cannot keep up with Chinese.

“The three empty seats in the second-grade immersion class will never be filled,” said parent Ryuji Morishita, if siblings in Ni Hao are not allowed to transfer in. “Why should we let such valuable resources go unused?”

It won’t change the socioeconomic balance of the MLK school, he added.

A one-time filling of seats

Committee member Patty Nolan presented a late motion to address the immediate problem by letting these last siblings in Ni Hao move into second-grade immersion seats immediately. The motion passed unanimously, but only after much discussion and member Fred Fantini’s threats of calendaring it.

“This is a pretty complicated order to bring in as a late order,” vice chairwoman Kathleen Kelly said, chairing because Mayor Marc McGovern was absent due to the flu. “Should we calendar it and discuss it at the next meeting?”

Nolan apologized for the late order, but said that ongoing work with parents, the school and the district on the motion went past the Thursday deadline for official inclusion in the agenda. She noted that she’d sent copies of the motion last week to committee members, and all affected families were involved in the negotiations. There was urgency, she said, because the next regular committee meeting is not until March, which meant another full month of lost Mandarin instruction for the students in question.

“The motion is quite simple,” member Emily Dexter countered. “If there are spots in second-grade immersion, then children from Ni Hao may be seated even if it goes against [socioeconomic] balance” this year only.

Kelly and Fantini said the absent McGovern had “strong feelings” about the motion – with implications that he was opposed to changes in lottery policy, which admittedly have created repeated unintended complications.

But the district’s chief operating officer, Jim Maloney, agreed this was not so much a change in school choice lottery policy, but a short-term application to only one program for a year. He also said that the growing popularity of the seven-year program means there may actually be an additional classroom per grade in future years.

Member Manikka Bowman, attending the meeting via speakerphone due to an unexplained reason approved by Kelly, was also hesitant. (State law says a member of a public body may participate remotely only if physical attendance would be unreasonably difficult.) She worried that this sent a message that the parents “who push the hardest win.” She also worried that the city’s changing demographics – fewer lower-income families – created tensions in the lottery mechanism, suggesting that the city needs to do a better job responding and of recruiting low-income families to bilingual programs. Under former Superintendent Jeff Young, the Amigos School struggled openly with registration and waitlist issues and took on a charge to recruit more diverse families.

The lottery system is built to simply reflect the demographics of the district applicants and actually doesn’t create new tensions as demographics change, Maloney said.

Nolan and Dexter pointed out it was a failure of the committee that review of the bilingual program enrollment and lottery rules had not been revisited, despite being scheduled for 2015.

The unanimous agreement came after a lengthy discussion; suggestion that the program’s growth was perhaps creating more opportunities to better recruit diverse families; and clarification of the very focused, short-term change with little outside impact. (The word “pilot” was removed at Fantini’s request to emphasize this a one-time change.)