Cambridge Street schools are under budget, still identified as opening in September 2019 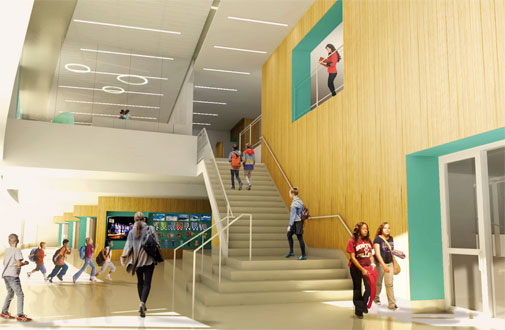 Cambridge Street schools are under budget, still identified as opening in September 2019

The schools being rebuilt on Cambridge Street are coming in under budget – for at least one stage of construction.

An expected $131.6 million has come down to $129.5 million in a guaranteed maximum price agreement between the city and construction company Rich-KBE for the King Open/Cambridge Street Upper School & Community Complex at 850 Cambridge St., in the Wellington-Harrington neighborhood.

The figure was presented to the City Council by the City Manager’s Office on Feb. 2.

The combined school complex, torn down in October 2016, is just one part of a larger complex expected to cost $160 million. It includes] not just renewed schools, but the Valente branch library, Gold Star Pool and an administration building for the school district. The $2.1 million break in the schools budget joins another small, hope-for savings for the complex: $2.3 million state reimbursement on the library branch.

The project follows The Dr. Martin Luther King Jr. School complex that opened on Putnam Avenue in late 2015 with a $95.5 million price tag, and will be followed by the Tobin elementary school and Vassal Lane Upper School, estimated at least at $200 million in the earliest guesses. Hazardous materials soil testing is ongoing daily at the Tobin School and Callahan Field, with results expected in the spring to strategize how to remove and manage “any potential risks to construction workers and abutters,” the City Manager’s Office said. 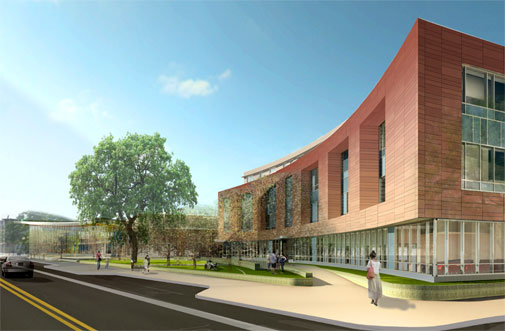 A rendering of the project as seen from the northwest corner.

The roughly $500 million investment in three school complexes – mainly denied state reimbursement due to Cambridge’s wealth and environmentally conscious construction – was mentioned by City Manager Louis A. DePasquale at a Tuesday roundtable between the council and School Committee.

“No other district in the state can do this,” DePasquale said.

The King Open/Cambridge Street Upper schools are expected to open in September 2019, though some anticipated dates are off by months. A guaranteed maximum price was expected in July, and a landmark completion of the projects steel frame was expected to end in September. Now a steel frame “topping-off ceremony” is being discussed for late February or early March, according to the City Manager’s Office.

The Valente library branch is also identified as reopening in 2019, with the Gold Star Pool following in 2020.

John Hawkinson and Jean Cummings contributed to this report.