A little break in $160 million construction: City could get back $2.3 million for library 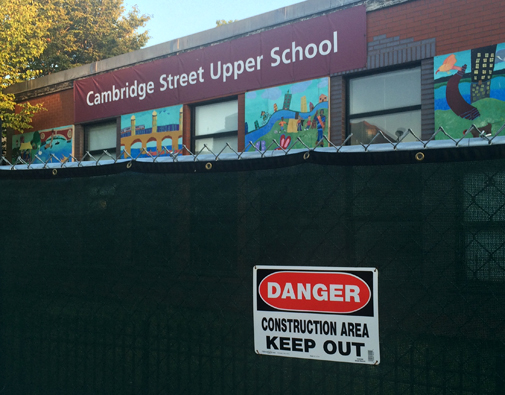 A little break in $160 million construction: City could get back $2.3 million for library

The public school campus at 850 Cambridge St. was blocked off last summer in anticipation of being razed for construction of a replacement complex. (Photo: Marc Levy)

The city could get a small break on the approximately $160 million cost of building the King Open/Cambridge Street Upper School & Community Complex: a little less than half the money expected to be spent on adding the Valente branch library could be reimbursed by the state.

The city could apply for and get back 45 percent of the $5 million cost, or about $2.3 million, in the current round of funding from the Massachusetts Public Library Construction Program. 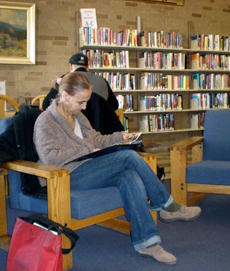 In addition to the branch library, a Gold Star Pool bigger than the current one and even open space, as described in March, the roughly 266,000-square-foot site of the King Open elementary school and Cambridge Street Upper School would host an additional preschool, after-school space, room for human services programs, special education classes and the Olá Portuguese-English immersion program. A $26 million administration building for the school district would also be included.

The old school building at 850 Cambridge St. was razed in October to make way for three to four years of construction, potentially leading to a September 2019 opening for the complex.

The King Open/Cambridge Street Upper School & Community Complex is the second of three campuses the city has plans to rebuild, housing a total of six schools. The Dr. Martin Luther King Jr. School complex opened on Putnam Avenue in late 2015, with a $95.5 million price tag. The Tobin School and Vassal Lane Upper School would be next.

The campus on Putnam Avenue was paid for wholly by the city. Cambridge Street project was once expected to get some state reimbursement, but will instead also be paid for through city debt – with the possible exception of the grant reimbursement that could come for library construction. Costs and funding for the Vassal Lane project hasn’t been revealed.

Permission to apply for, accept and spend state grant money on the branch library was expected to be heard Monday by the City Council, but in light of Saturday’s 10-alarm fire and city staff’s need to work with its victims, the council met for only five minutes, voting to hold its agenda for a week.