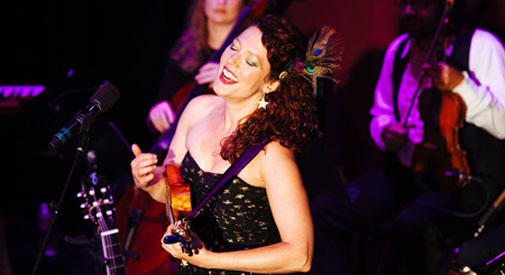 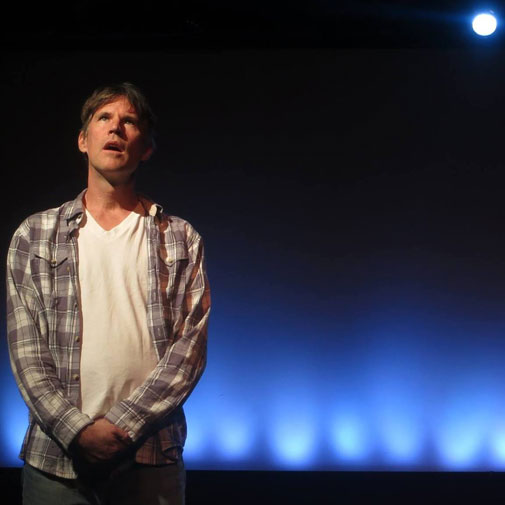 “Delirium,” written and performed by Martin Dockery from 8 to 9:30 p.m. Friday and Saturday at Lilypad, 1353 Cambridge St., Inman Square. General admission tickets are $20 (or $23.16 with the online service fee).

Brooklyn-based storyteller and playwright Dockery, acclaimed from Florida and Canada to the U.K., retraces the narrative of his grandfather’s book on butterflies, connecting his own true stories to universal themes of love and death. The telling takes audiences from a Toronto airport to the Nevada desert and from a Brooklyn apartment to the Mexican haven of the Monarch butterfly with the help of The Fourth Wall troupe of musicians/dancers/actors (who also open). Information is here. 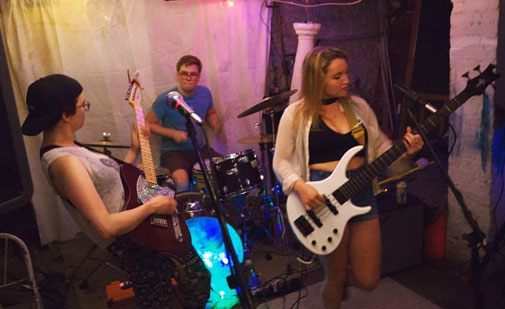 This two-stages music festival benefits The Art of Survival art collective, which exists to create a safe space for survivors, and features Tiny; SIHE; The Bonds; another musician; Wet Pizza; Canadian Sailor; Motel Art; Pastel; The Facc-Tones; In The Making (I.T.M.); Bizzurke & the Baby Makers; Enjoyer; ozlo (above); and Animal Flag. Information is here. 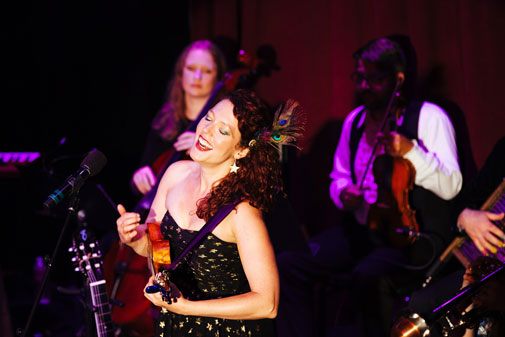 Bread and Bones: A Fusion Dance and Concert from 7:30 p.m. Saturday to 12:30 a.m. Sunday at the Massachusetts Institute of Technology’s Building 50, also known as the Walker Memorial, 142 Memorial Drive. General admission is $10.

Somerville singer/songwriter Amy Kucharik, with range and influences from ragtime blues, country and folk to reggae, funk and danceable swing, is considered a dancer’s dream musician. She and her band Tiger Moan (above in a photo by Caroline Alden) will perform for people who just want to listen and for a hall full of fusion dancers – the form that combines dance aesthetics and genres such as tango, ballroom, salsa, swing, blues and so on (with a free lesson at 7:30 p.m. and social dancing kicking off an hour later), with food and beverages included. Information is here. 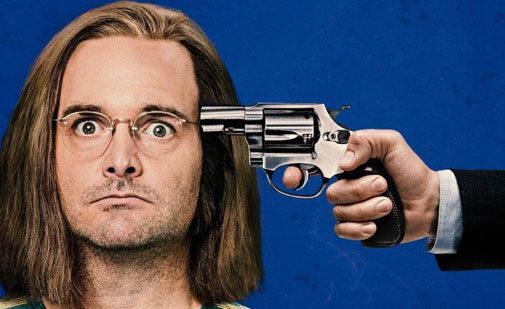 “A Futile and Stupid Gesture” special screening at 10 p.m. Saturday at The Brattle Theatre, 40 Brattle St., Harvard Square. Free by downloading a pass here. (Seats are not guaranteed with a pass.)

Yes, this movie – about how two Harvard Lampoon editors founded National Lampoon and therefore much of modern comedy – is streaming on Netflix, free for subscribers. But this event sponsored by the Harvard Lampoon and Netflix is free too, and it comes with a special introduction by actor Tom Lennon (who plays Michael O’Donoghue in the film), writers John Aboud and Michael Colton, producers Peter Principato and Jonathan Stern and Netflix’s chief content officer, Ted Sarandos. Bask in their presence! Ask them questions. Information is here. 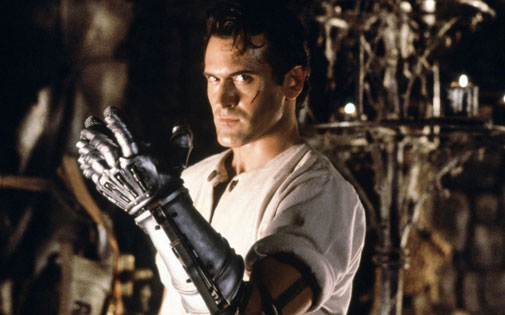 The film festival will have been going on for nine days, emphasizing emerging directors with distinct visions from around the globe, before getting to this culminating ’Thon, a 24-hour orgiastic motion picture endurance test featuring classic, new and schlock films. “Think of it as binge viewing with 750 close friends,” organizers have said. Announced movies in the marathon so far range from “Close Encounters of the Third Kind” and “Looper” to “Bride of Frankenstein” and “Night of the Living Dead” – with a bit of “Army of Darkness” (above) thrown in. Games, contests and guests have traditionally been part of the schedule to help keep energy up. Information is here.