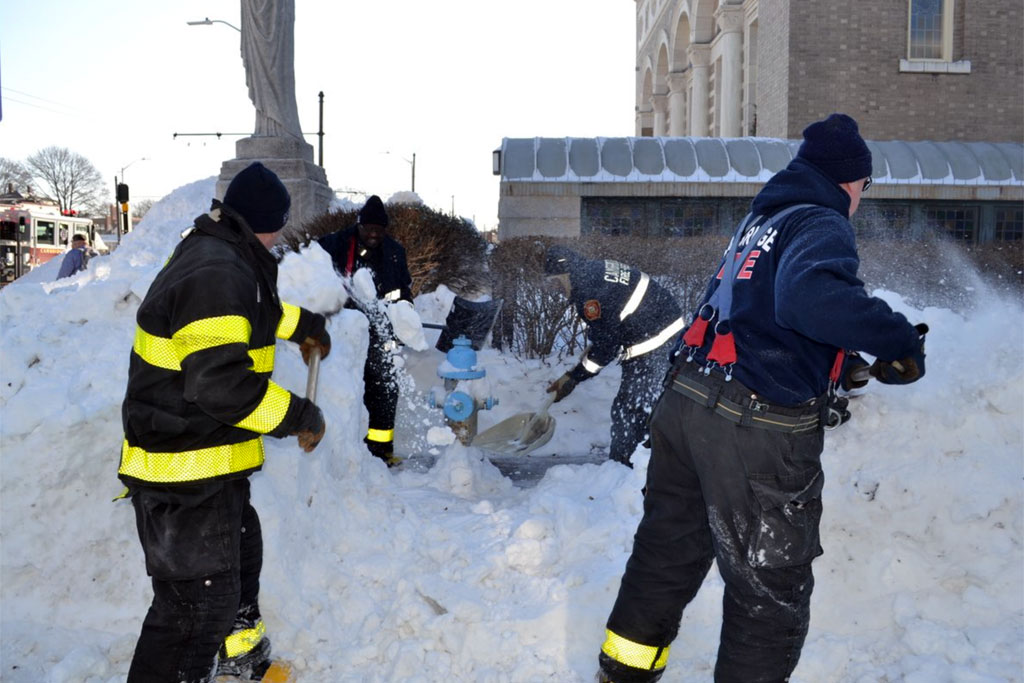 A winter storm with an unpredictable path could dump as much as two feet of snow on Cambridge, and municipal offices, schools and libraries are already reported as closed Tuesday. Municipal meetings have been canceled as well, and numerous business are announcing they will close for the day.

A foot of snow is the low end of forecasts, making 18 inches the potential snowfall for Cambridge and Somerville. Actual blizzard conditions are expected south of Boston.

Temperatures are expected to fall to the low 30s, and wind gusts could be in 40-plus miles per hour, picking up speed the farther south you go in Massachusetts. Cape Cod will see gusts of 60 mph or faster, the National Weather Service has said.

It’ll be the third winter storm in less than two weeks. Roughly 65 inches of snow have fallen in Cambridge so far this winter – heavier than in the past two winters, but nowhere near the 111 inches that fell in 2014-15.

The city is preparing to have more than 100 pieces of equipment working overnight and throughout the storm Tuesday to clear roads and pedestrians paths, and asked residents to “reduce unnecessary travel so plows can properly clear streets.” Crews will begin salting operations around 11 p.m., and a full complement of plowing equipment will be up and running by 1 a.m.

A winter storm warning is expected to be in effect from 11 tonight to 8 p.m Tuesday, the National Weather Service said.

With a snow emergency parking ban in effect in Cambridge starting at 11 p.m., officials are saying the best move is simply to get cars off the streets and not use them.

Transportation officials also warn of the dangers of driving on snow-clogged streets with little visibility.

“We know this winter storm could bring over a foot of total snow accumulation to many areas as well as heavy winds that may combine with snow and reduce visibility, creating challenging driving conditions throughout the state,” state Highway Administrator Jonathan Gulliver said. “Drivers should make smart decisions on whether or not they need to be on the roadways during this storm and consider measures such as delaying travel plans until after the snow has fallen.”

Snowfall is expected to begin this evening, with winds forecast to be strong throughout Tuesday and part of Wednesday, which could cause widespread snow drifting and decrease visibility. Snow will start to taper off Tuesday afternoon and end across most areas later Tuesday evening, state officials said.

Cambridge has a network of homeless service providers, faith-based partners and public services that coordinate efforts during extreme weather conditions, including a Winter Warming Center that was opened this winter in the basement of the Citywide Senior Center, 806 Massachusetts Ave., Central Square.

Some looks at previous storms in Cambridge:

Awesome shot of our HQ in the snow this am by @KyleKleinPhoto ❄️👌 #CambMA pic.twitter.com/00d7bSHXBu

Spotted: a snow encrusted #Harvard looking beautiful as ever ❄️ via @CambridgeLF #CambMA