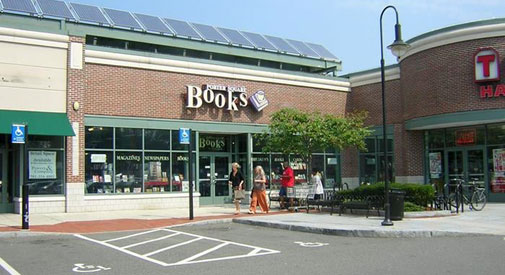 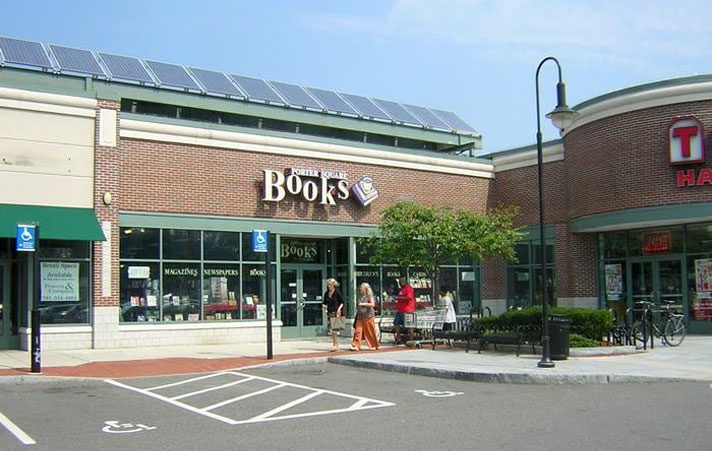 Porter Square Books has a plan in place for long-term ownership by employees. (Photo: Jeannie C. via Yelp)

The owners of Porter Square Books have taken steps to ensure the store remains a local gem for a long, long time: selling half to nine senior staff members in a 10-year financing agreement that will let them take over whenever Dina Mardell and David Sandberg decide to retire.

The move was reported Wednesday by Publishers Weekly, whose Alex Green found only a couple other examples of such deals put in place by bookstore owners from San Francisco to Maine.

Porter Square Books came to 25 White St. in October 2004, replacing a 4,480-square-foot Dress Barn. Its founders were former managers and employees of the Concord Bookshop: Jane Dawson, Jane Jacobs, Carol Stoltz and Dale Szczeblowski. When Cambridge residents Mardell and Sandberg bought it in 2013, funded by the sale of Sandberg’s own business to Google, Szczeblowski stayed on as an employee – and now will again become part owner.

The plan came together because Mardell and Sandberg worried who the next buyer might be in an open sale.

“We’re going to be in bad shape if the only people who own bookstores are the ones who have the money [to buy them],” Sandberg told Publishers Weekly.

(Frank Kramer had a successful outcome to the sale of the Harvard Book Store in 2008 by taking a different tack: selling to longtime customers – Wellesley’s Jeff Mayersohn and Linda Seamonson – whom he found out “plan their vacations around the locations of great independent bookstores.”)

The story points out how remarkable the long-term, escrow-like plan is to the employees as well:

“It’s amazing,” said marketing director Josh Cook, who has been with the bookstore for 13 years and is a member of the group buying in. Before this, Cook added, “I didn’t even have a retirement plan.”