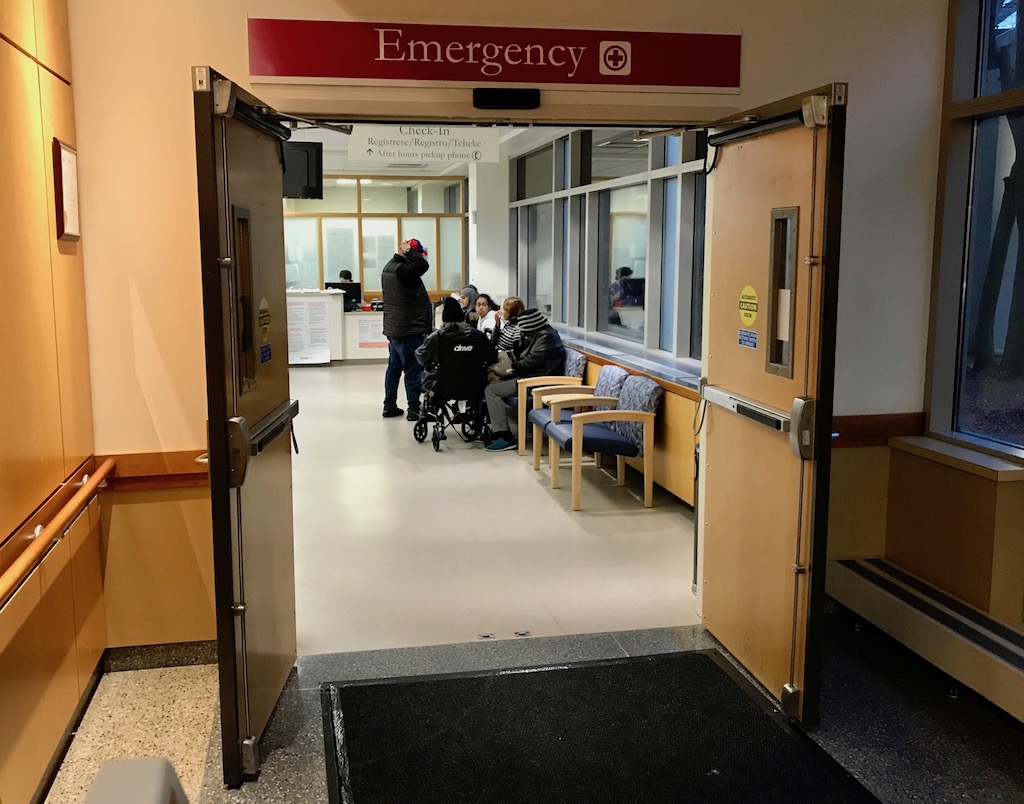 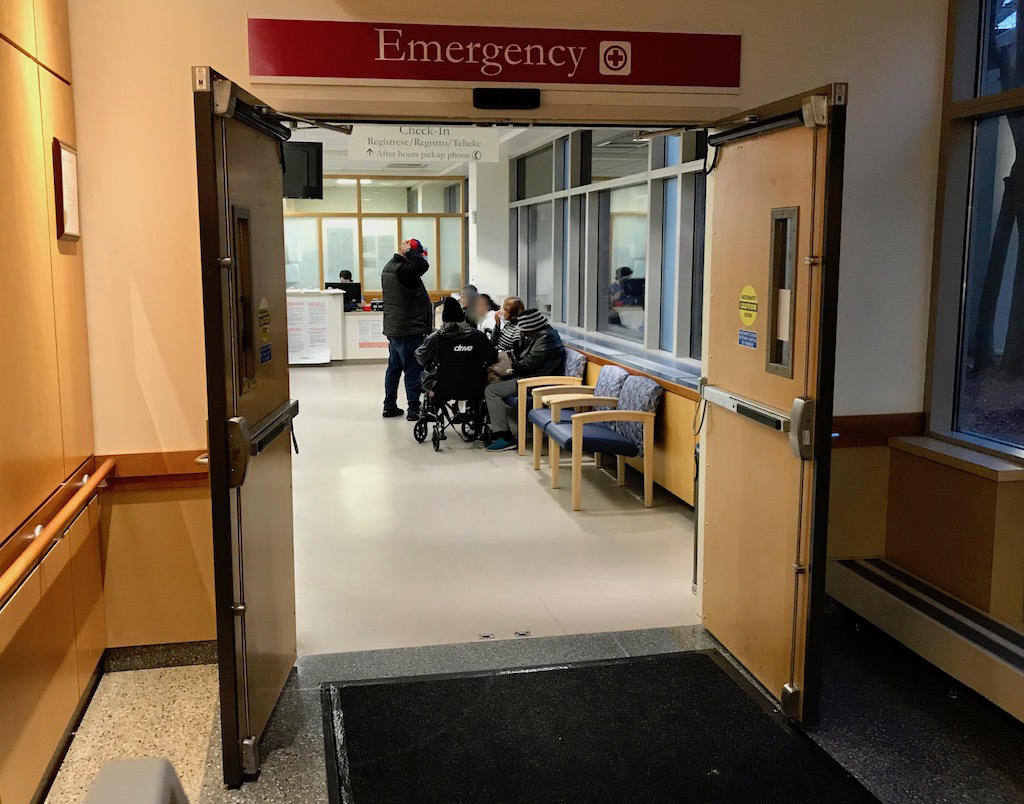 Emergency room patients who need psychiatric treatment but not hospitalization can benefit from a new Cambridge Health Alliance initiative. The photo has been modified to avoid the possibility of identification of visitors to the CHA waiting room. (Photo: Marc Levy)

Cambridge Health Alliance treats more people with serious mental illness than any other other hospital in Greater Boston. But, as at other health care systems, many of those patients face long waits for care. The Alliance has opened a service at Cambridge Hospital aimed at getting patients to a clinician faster.

The Psychiatric Access Service opened in September to help patients in three categories: those waiting in the emergency room who don’t need to be hospitalized but do need treatment; those going home from the Cambridge and Everett inpatient psychiatric units and in need of an outpatient therapist; and those already seeing a therapist but who can’t wait for the next regular appointment. 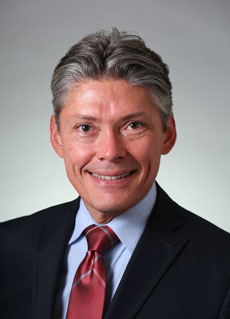 Psychiatrists and therapists in the new clinic can see patients on the spot or make appointments. “We can see patients faster and do an evaluation,” said Dr. Edgardo Trejo, interim chief of psychiatry. “We can identify what the main problems are and after that identify what clinic is most appropriate.” Staff can even help patients get health insurance, he said.

CHA’s psychiatry department proposed the service after an assessment showed there was an important gap in treatment: “There was no intermediate level of care,” Trejo said. That meant behavioral health patients in crisis would “either be admitted to a high level of care” in a psychiatric ward in the hospital, or “will be sent home or to the streets and will be coming back again,” he said.

The Alliance plans a second behavioral health service to start in May that gives patients intensive treatment during the day and allows them to go home at night. Known as day treatment or partial hospitalization, it will offer patients who need more than an appointment once or twice a week, and less than a hospital bed – a new option, Trejo said. Day treatment avoids “the utilization of a high level of care” such as an inpatient psych ward but is still “very intense,” he said. It could serve patients from the emergency room or those leaving an inpatient bed, he said.

The day treatment program can serve up to 10 patients a day; most will attend for one to two weeks, CHA spokesman David Cecere said. Few general hospitals in the Boston area offer psychiatric partial hospitalization; Faulkner Hospital and Carney Hospital in Boston are the only ones listed in a guide of psychiatric services for MassHealth members in the metropolitan area.

Both new services operate or will operate in the space formerly occupied by Cambridge Hospital’s psychiatric emergency room. The Alliance closed the psych ER in 2014 despite fierce criticism from families of psychiatric patients, doctors and nurses, advocates and city councillors who said it would hurt patients and their families and endanger staff. Trejo said the access service doesn’t replicate any of the treatment formerly provided in the psychiatric ER; patients with a mental health emergency are seen in the hospital’s main emergency room.

CHA’s efforts come as state health officials are trying to reduce delays in treatment and cut costs of providing care to psychiatric patients. A report by the state’s Center for Health Information and Analysis for the Health Policy Commission found that the percentage of emergency patients with behavioral health conditions, including substance abuse, increased sharply from 2011 to 2015, even as emergency room use declined.

This occurred despite state efforts to keep psychiatric patients out of the emergency room. The state Department of Mental Health oversees regional teams of “Emergency Service Providers” whose job is to respond quickly to psychiatric patients in crisis and find community services for them if appropriate. In connection with this effort, the state has urged patients and their families to call their regional ESP instead of 9-1-1 if possible.

A representative for the Executive Office of Health and Human Services, who did not want to be quoted by name, was asked why the percentage of psychiatric patients in emergency rooms had increased despite the state program. She did not answer that question, but addressed a related issue: long waits in the ER for behavioral health patients. The representative said a new Expedited Psychiatric Inpatient Admission Policy is designed to reduce the time that psychiatric patients spend waiting in emergency rooms by speeding up getting them a hospital bed.

The policy took effect Feb. 1 and puts pressure on insurers and hospitals, including psychiatric hospitals, to admit patients. It requires insurers to work to find beds after a patient has been waiting for 96 hours; a bulletin from the Division of Insurance orders insurance companies to send patients to a facility outside their network, at no extra cost, if no bed can be found in the network. Insurers must also approve placement in a private room and other “special treatment” if it’s clinically necessary.

The policy also says the state will develop regulations requiring psychiatric hospitals and wards to have “a range of inpatient resources available” and applying the requirement to licensing by the Department of Mental Health. The rules were promulgated Feb. 23, but won’t apply to existing facilities until they must renew their state license.

The representative said the policy is too new to have had a demonstrable effect.

She also said Gov. Charlie Baker has proposed a 12 percent increase from current spending for the Department of Mental Health in the 2018-19 fiscal year, including spending $83.8 million “to strengthen community-based services for adults with mental illness.” Lack of adequate services in the community is one reason that’s been given for increasing dependence on emergency and inpatient treatment for people with mental illness.

The reports don’t break out figures for individual hospitals, and Trejo didn’t discuss these issues. He did say the Psychiatric Access Service could reduce the hours and sometimes days that psych patients spend in the ER, waiting to be admitted to an inpatient bed. So far the Alliance has seen about 2,500 patients in the clinic since it opened, but doesn’t have statistics to show whether patients’ waiting time has dropped.

While the new access service tries to get patients to an outpatient therapist faster, outpatient psychology visits at the Alliance are lagging behind budget projections; the latest figures, for the seven months ended Feb. 28, show they are about equal to the number last year.

In contrast, the number of patients discharged from a psychiatric bed increased over the year: to 1,855 this year from 1,735 from the same period last year. But inpatients are staying for less time and the psychiatric units in Cambridge and Everett were 81 percent occupied during the current period, compared with 85 percent in the previous year.